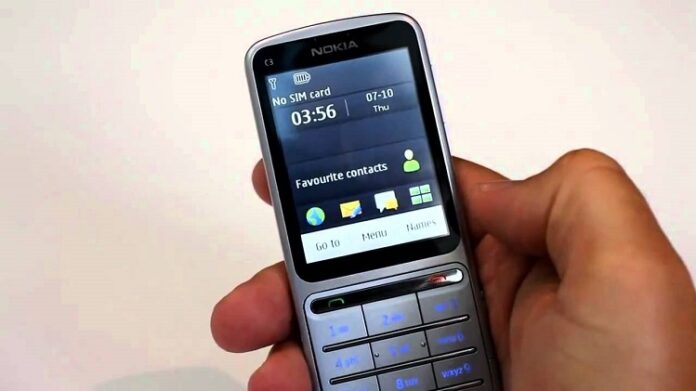 This is just in: in an announcement today, the Nokia E5, Nokia C3 and Nokia C6 have been announced by the Finnish producers. These new Nokia handsets aim to bring social networking in an affordable package. Now, I don’t know what is up with Nokia in the past few, but they just don’t seem to be as popular with the smartphone crew lately. And I’m not saying its the users who don’t like Nokia’s phones anymore (although some begin to realize that there are other smartphone producers out there), all I am saying that their smartphones just don’t seem so attractive anymore if you are aware of the alternatives. Anyway, here are the phones that have been announced today by Nokia.

Well, the C3 will be the most affordable one of them three and will feature a full QWERTY keyboard, which is a premiere for Series 40 phones. In addition, Nokia opted for a 2 megapixel camera and a 2.4” screen. But don’t imagine it will be blazing fast. In fact, the only major difference between the C3 and other “more affordable” (aka cheap) phones is that it allows the user a few social networking features such as access from the homescreen. The Nokia C3 release date is set for Q2 2010 and will be available for around EUR 90.

The C6 is probably the most technological advanced phone out of this trio. The Nokia C6 features a 3.2-inch touchscreen (I know Nokia’s touchscreens have not been quite top notch, but still… 640 x 360 seems like a decent resolution), a 5MP camera (with flash and autofocus) and a slide-out full QWERTY keyboard. What I find very interesting is the free Ovi Maps on this one, complete with drive navigation and even free walk. The Nokia C6 will be able to display feeds from Facebook directly on the home-screen and is marketed as displaying a “full suite of email and social networking capablities”, but I guess we’ll see about that later. The Nokia C6 release date is set for Q2 2010 and will cost around EUR 220

I know for sure that the business-oriented C6 might not be the most popular phone out of that specific niche, but Nokia might just not be interested in promoting and distributing outside of that. If you are into high security and device management, or you are impressed that the Nokia E5 will have access to corporate email using IMB Lotus Notes Traveler and Mail for Exchange, you are definitely in Nokia’s targeted market. The Nokia C6 release date is Q3 2010 and will bleed your pocket for around EUR 180