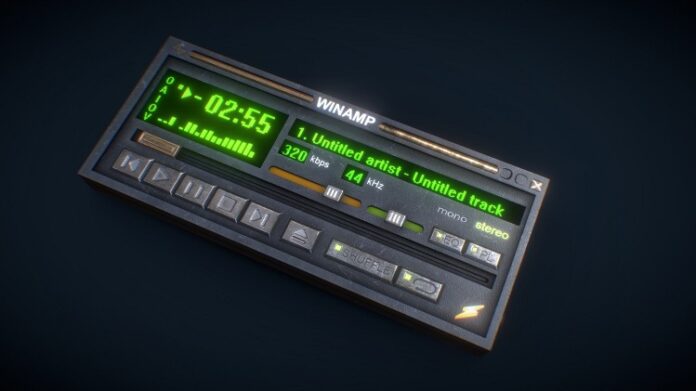 Winamp was released 13 years ago and it caused quite a stir, especially at the end of the last millenium. There wasn’t a single party without music running from a computer with the now worldwide renown music player.

Nullsoft (the producer of Winamp) has now thought about bringing the famed music player to smartphones running Android 2.1 or above. And they’ve done a decent job too, although the app is still in Beta stages.
The app is really easy to use and features most of the possibilities that a Windows Winamp offers. By the way, you’ll need the 5.59 version of the desktop Winamp to completely enjoy the Android app. I’m saying this because there is one new feature that Winamp for Android brings to the crowded media player market –the wireless syncing with your desktop Winamp music library. Syncing via USB and WiFi is also possible.

Syncing is really great, but sadly it is the only real addition that Nullsoft brought along with Winamp for Android. The new release also contains a desktop widget, which allows you to control your music without opening Winamp, and can also hook into the phone’s lock screen. Playback controls are omnipresent- you’ll find them at the bottom of every screen, so you’ll be able to start or stop a song after searching through your albums. Another great thing is the Last.fm integration.

This is a great start for Winamp on Android, that’s for sure. But I can’t help wondering if Nullsoft couldn’t have done a little more. But, this is only a beta version, so they still have time to prove me wrong. You should also check out the Winamp blog, for more details.