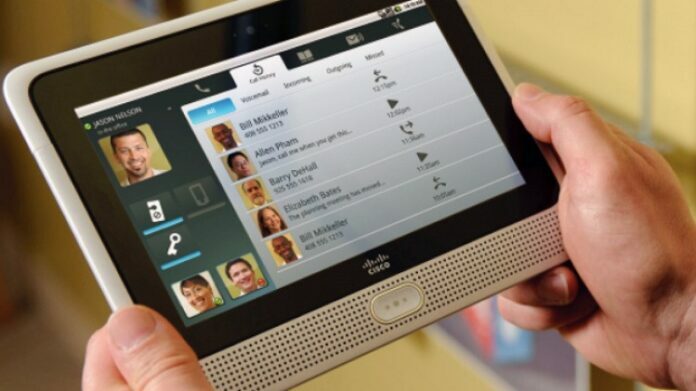 The life of business men has changed dramatically in recent years, with more and more hours being spent every day on the road and obviously far from conference rooms. While 3G phones have been a pretty good solution for video conferences for some time, the world of gadgets has evolved and tablets have arrived on the market, in order to provide better services. One of these tablets is called the Cisco Cius and has been announced (initially for the first quarter of 2011) as one of the tabs that could contest the iPad’s success, once it’s released in the first quarter of 2011. With all the specs having been made public a long time ago, the only question to be answered was the price tag of the Cius and now that we know it… we’d rather we didn’t.

The Cisco Cius will cost around $1000, while a 16GB iPad costs only $499. That makes it twice the price and this figure might be a bit higher in stores, so if you’re keen on getting your hands on it, be prepared to pay even more. Now, this may seem like an overpriced gadget, but taking into consideration what it brings along, things might start to make some sense, after all. This tab hasn’t been designed only as a cool gadget, as the case with the iPad; instead, its main purpose is to serve business men and make their lives easier on the go, offering 720p teleconference possibilities and many other features.

Powered by an Intel Atom 1.6GHz processor and backed up by 32GB flash memory, this tab has better specs than most of the ones already available for sale. Although it has a 7 inch wide display, the battery will allegedly last up to 8 hours and when these are over, another one can be inserted, as the system has detachable batteries. Supporting USB 2.0, Bluetooth 3.0, Wi-Fi and weighing little over 1.5 pounds, it has all the necessary qualities to be called the perfect travelling gadget. As stated earlier, the integrated HD 720p video camera can put up 30fps, while the back side has been equipped with a 5 MP camera. Access to the Android marketplace and support for all the applications complete the list of features that make this tab, arguably the best one yet.

Putting the $1000 price tag aside for a moment, there’s also some good news: the Cisco Cius will most likely be released in the fourth quarter of 2010, instead of the first one in 2011. It really is a remarkable technical accomplishment, but is twice as good as the iPad?