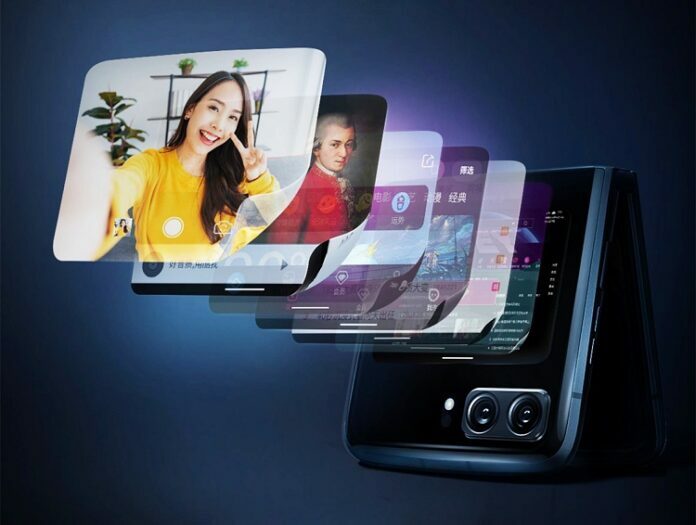 Talking of the most popular tablets in market today, Apple’s iPad 2 is the first name that will strike anyone’s mind. Although the iPad2 gained much of the hype in the ongoing tablet war, it did face some stiff head to head competition from the Motorola XOOM. Comparing the Xoom with iPad 2, you will find many obvious reasons to prefer Xoom over iPad 2. But, as the onslaught of the Honeycomb Android powered tablets has just started, XOOM sales are being considered a little less than what may be considered ‘spectacular’, although “mediocre” sales shouldn’t point the spotlight away from the Xoom!

Recently, there’ve been many rumors that a separate version of XOOM, featuring WiMax 4G connectivity, would soon be coming to Sprint. Considering that BGR.com (they have the greatest tipsters in the online tech world) backs this up, you should take this one as “confirmed”.

The guys from BGR claim to have received a photo from a Sprint Store employee confirming the arrival of Motorola XOOM at the Sprint stores. Surprised!? Reportedly, the Motorola Xoom case SKUs have been found in the Sprint inventory. BGR was kind enough to release the leaked shipment screenshot on their blog, along with the leaked photograph of the actual case in question. The screenshot even mentions the price of the “Motorola Xoom Protectiv” to be $44.99. The evidence is so strong that this time, we’ve no reason to doubt its authenticity. However, before you get excited about all this, we would suggest you to wait till we get some official update from the carrier or the manufacturer!

Will This Lead To An Internal War Between XOOM Versions?

If this rumor turns out to be true, the Sprint-Motorola Xoom WiMax 4G table will soon hit the markets. However, we aren’t yet sure about a specific Motorola Xoom 4G release date. But, whenever it happens, we are sure to see stiff competition for the Verizon version of Xoom. Verizon initially enjoyed exclusivity regarding XOOM sales, but with the release of WiFi Only Motorola Xoom a few weeks back, Verizon exclusivity ceased completely. The latest feedback we have got from various Twitter updates and forum discussions suggests that a large majority of people who intended to buy Xoom have already opted for the Xoom’s WiFi-only version. In such a scenario, it will be interesting to see if Sprint’s 4G powered Honeycomb manages to lure customers. I guess it’s now time to get geared up for an internal war between various versions of Motorola Xoom! What do you think? Would you opt for the new version?