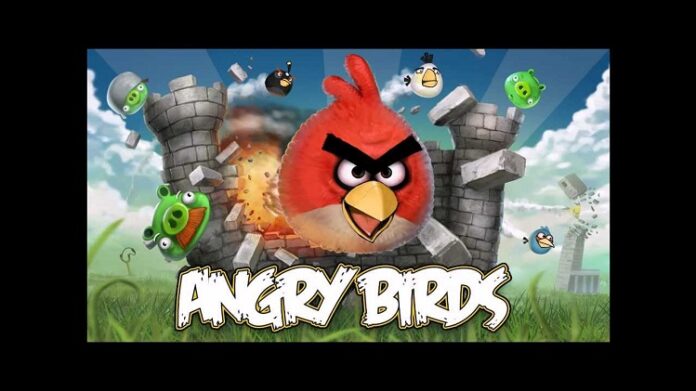 Angry Birds, one among the most popular puzzle video games, was officially released in the month of December, 2009 by Finland based producer Rovio Mobile. In this interesting game, the players are required to destroy pigs stationed at various locations in the playfield by launching birds at them using a slingshot. By February 2010, Angry Birds had become the bestselling paid application in the UK App stores, and by the spring of the same year, it conquered the Apple’s US App stores.

Thus, Angry Birds is a game that began its journey to fame via the iOS platform (iPad, iPhone Touch, and iPhone), where it was first offered on iPhone at a minimal fee, and that can now be successfully installed on almost all the gaming platforms, including the Android, Maemo, Symbian, Playstation, PSP, and Windows. However, the ad-supported, free version of this game is currently available only for the Android mobile platform. Interestingly, when the game first shed its Beta skin and the Angry Birds Full became available for Android OS in October, 2010, it reported nearly a million downloads in a single day! According to Peter Vesterbacka of Rovio Mobile, GetJar was the first place where the full Android version of the game was first launched. The success of the game on Android was obvious when it reached a count of 2 million downloads the very next morning after the launch. If you are an Android user, you can easily download it from GetJar

Angry Bird’s success on the iOS platform was also pretty much evident. To lure more and more iPad and iPhone users into using the application, a free version of the game was released last year. It was known as ’Angry Birds Free’ for iTouch and iPhones and ’Angry Birds HD Free’ for iPads. This new version, initially featuring a great replay value, physics-based, challenging demolition game-play, and 12 levels, required the players to use a lot of skill, logic and force to destroy their enemies. Besides, the supports game center, 4 mini episodes, and leader boards were among other features that made this version popular among its fans. Many new Angry Birds seasons available for Android, iPhone, and iPad users can also be downloaded.

But, if you have a netbook or a Windows PC, you need not worry at all. Free Angry Birds download is now available for Windows! 15,000 copies of the game for free download on Windows are now made available by Intel AppUp. However, you can do this free download only if you are a new user of the Intel AppUp. The offer is valid from February 01, 2011 till March 31, 2011, or until the stock lasts! So, if you want to play this game for free on your Windows PC, you better Hurry Up! The usual retail price of the game’s version for Windows is $4.99 and now, you can get it for free!

To get started with the free download for Windows, you need to first sign up at Intel AppUp to create a new account for yourself. Just follow the following few simple steps on how to install Angry Birds on Windows.

Once the game has been downloaded, you can play it on Windows PC, laptop, net book, note book, and even on your table computer.

Angry Birds is one game that has emerged as no less than a cultural phenomenon by being downloaded more than tens of millions of times across the world in just 1 year. The latest news that no Angry Birds fan can afford to miss is that their favorite game that became world-famous for iPhones, Windows, and Android users, is now all set to be released as an animated movie, Angry Birds Rio, by the directors of ICE Age. A new version of the game will also be launched simultaneously. Watch it HERE on YouTube for yourself!