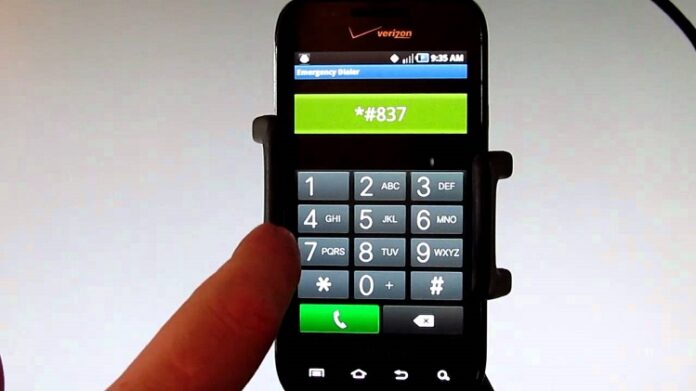 As if the delay of Samsung Fascinate FroYo update was not enough to bug Verizon users, the most recent maintenance update (DL09 OTA) came with a bug that prevented the Emergency Call shortcut from launching the dialer on the Samsung Fascinate. As you can imagine, this entire emergency call issue on the Samsung Fascinate quickly created a big hype, with the company releasing the official statement acknowledging the matter almost 2 days after its users began to report this problem on their devices. The problem was finally acknowledged officially by Samsung on Jan 25, 2011. The official statement that was released, stating the actual problem was as follows –

“It has come to the attention of Samsung Mobile during the recent DL09 OTA (Over-the-Air) update for the Samsung Fascinate that some users utilizing the Pattern Lock are finding that the Emergency Call shortcut is not automatically launching the dialer. However, unlocking the device will allow the user to make calls as they normally would, including emergency calls. We apologize for the inconvenience and are continuing to evaluate the issue, including if the issue is linked to the update. If you have experienced any issues or have any questions, please contact Samsung Customer Care – www.samsung.com/contactus.”

You may watch in detail about this emergency dialing bug problem HERE on YouTube.

According to what was stated by the Samsung and Verizon via Twitter, the bug did not allow the Emergency Call shortcut to open the dialer automatically. Samsung Fascinate users facing this problem were directed to make calls, including the emergency ones, by unlocking the pattern lock. This was evident from the Verizon’s warning text message that was recently sent On Feb 02, 2011 to all Fascinate users as a temporary solution to the problem. This was as follows –

“Free VZW Msg(s) – Use of your emergency call button on your Fascinate phone with software SCH-i500.DL09 may not work while the phone is locked. A software fix will be pushed to your device soon. Until available, disable pattern lock to ensure emergency calls can be placed. To check your software version press Applications>Settings>About phone and view Build number. Only version SCHi-500.DL09 is impacted by this issue. Versions SCH-i500.DI01 and SCH-i500.DH12 are functioning properly. To disable pattern lock press Applications>Settings>Location & Security and remove check from Require Pattern.”

No doubt, Samsung and Verizon were quite active in addressing the issue. But, what users were more concerned about at this point of time was how and when Samsung and Verizon will provide a fix for the Emergency Call problem. Some believe they might release yet another emergency OTA update, while some others suggested that this should be yet another reason why the official Android 2.2 for Fascinate should finally come out. The interesting thing is that the Fascinate users who used the Leaked Froyo ROM recently to upgrade to Android 2.2 Froyo managed to save their device from the irritating bug!

So, for all the Fascinate users looking for a solution to the emergency call problem on their devices, here is the Good News! Samsung and Verizon have finally decided to push the much-awaited emergency call fix for Samsung Fascinate. They are all set to push the EA28 update that will include everything from the recent DL09 maintenance update, except for the bug, and is hence expected to solve the emergency call issue. Although the exact date when the fix will be pushed is unclear, it is certain that it will be done very soon, most probably within a few days. It is, however, yet to be seen if this new fix will also be effective in resolving the other complaints of Fascinate Users.