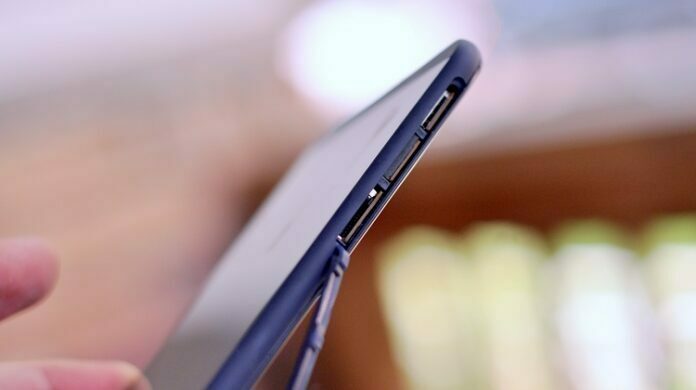 HTC has a good position on the market, but there’s that saying that is one to get there, but a lot more difficult thing to stay there. Manufacturers have to take great care of their already released products and we’ve seen how the 30 fps cap bug on the EVO 4G has been removed through an update, earlier this fall. Besides providing good support, another good way to keep the buzz rolling is by launching new products. We’ve heard rumors and seen leaked pictures of the HTC Mecha aka HTC Incredible and later now there’s word out about the HTC Knight/ EVO 4G Shift.

We don’t know too much about this one yet, but it’s likely to combine many elements from the EVO 4G with what seems to be “a must” nowadays: a slide-out keyboard. The resulting handset might be a little smaller than the EVO, but there should be no worries regarding the design of the keyboard, as HTC is likely to live up to their standards. Funny thing is that describing a smaller EVO 4G that has a sliding keyboard is sort of like talking about the earlier mentioned Mecha which is awaited at Verizon in the near future. This is an inevitable thing with every manufacturer trying to provide users with as many choices as possible. And HTC has been very good lately at it.

Although there isn’t a lot of existing info on the Shift yet, rumor has it that it will feature no front facing camera, but we’ve seen changes being made right before launch, so this isn’t for sure either. Any case scenario, another member is expected to join the large HTC family, one that has a physical keyboard and wants to take what’s best from its predecessors, as HTC are one of the best manufacturers when it comes to learning from the past. The HTC EVO 4G Shift hasn’t received any release date yet, or if it has, it’s not yet public. We’ll be back as soon as things get official.