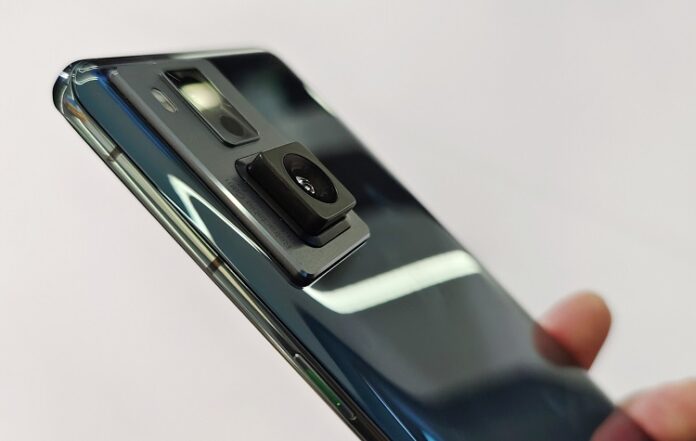 With smart-phones getting better and better by the day, component manufacturers have to try and keep up the pace. One of the domains that have evolved the most during recent years is that of the integrated cameras, probably the main attractions in handsets. As many choose what phone to purchase by analyzing its specs and the camera quality is one of the fundamentals, sensors have gotten more powerful, starting from VGA sensors and culminating with the newly announced 16MP sensor, from Sony.

On October 7th, Sony announced the release of two new back-illuminated CMOS image sensors which will revolutionize mobile phone picture taking. “IMX081PQ” has been created in order to satisfy even the most rigorous photography fans, as it is able to capture images at 16.41 effective megapixels, thus providing the smallest pixel unit size ever. The second sensor is coded “IMX105PQ” and will be able to put up an immersive 8.13 megapixels, still good compared to classic 5 MP ones.

Besides the impressive number of megapixels, these two new sensors also bring further improvements. Amongst these, the quality of the pictures taken at low light levels will be considerably improved, even when the sensors will be integrated on phones that do not have flash option. Moreover, the noise levels have been lowered, in order to provide users with the best possible equipment.

Sony has also announced the release of two compact auto-focus lens modules that include the earlier mentioned sensors. These have been designed to be fitted in small gadgets that do not have the necessary space to integrate classic photo sensors, thus allowing even smaller handsets to be manufactured. All these will be available starting January 2011 and will be available at fair prices: the 16.41 MP sensor will cost $30.30, while the 8.13 MP one will be available in exchange for only $18.18. Maybe a bit of humor from Sony in deciding upon the set prices, but what’s more important is that we will soon be able to take pictures, using mobile phones, at unprecedented resolutions. Now we can only wait and see which manufacturers will be the first to get their hands on these new additions and attract a huge number of new clients.