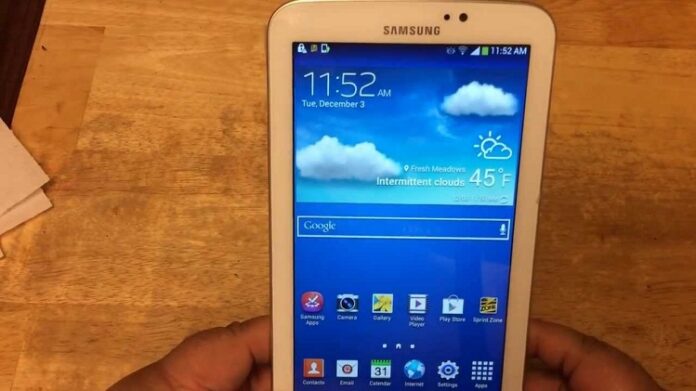 Finally, the news many of you have been waiting for. A report from BGR just came in, citing a Sprint source, announcing that Samsung decided all of you eager customers have waited enough, and you can expect the Sprint version of the Samsung Galaxy Tab to come out near the 14th of November.

Many of you might remember an article about Samsung’s Ireland GM, Gary Twohig, who very casually let it slip during a conference that the company has plans to release a 10-inch Galaxy Tab in 2011. After this little Twohig incident, the ties between him and the 10-inch Tab were severed, but we can count on Samsung to deliver, because they have not been exactly shy in the past about their plans to release the Galaxy Tab in different sizes. Of course, the question on everybody’s mind is: do I get the 7-inch Tab, because I can’t wait to own one, or do I hold off on the buy and see what else Samsung has to offer. Maybe for some people 7 inches of screen are enough, but maybe for others, there is always room for improvement.

In this latest report, we also have an idea of what we would have to spend to become the proud owner of a 7-inch Galaxy Tab. Sprint’s version of the Tab will be available for $399 if you decide to get it alongside a 2-year contract with the network, but you also have the option of being a free agent, for the full retail price of $599. The $200 difference might be considered a little steep by some of you, while others may gladly pay the price for this beautiful gadget without strings attached.

The war of the tabs continues, while the major companies in the business struggle to have the best quality for the lowest price. I have to be honest with you and tell you that I am a bit of a Samsung freak, due to the many products I tried and owned, and because they never let me down yet. This being said, I am not a narrow minded fellow as to think they are the best in everything, so even though I may be a little biased, I must admit that I can’t decide which of the available, or soon to be available tab’s will suit me best. This is for everyone to decide, so think about what you need, and if you decide that Samsung is your choice, and even better, you are a Sprint fan, the decision is really a no-brainer.