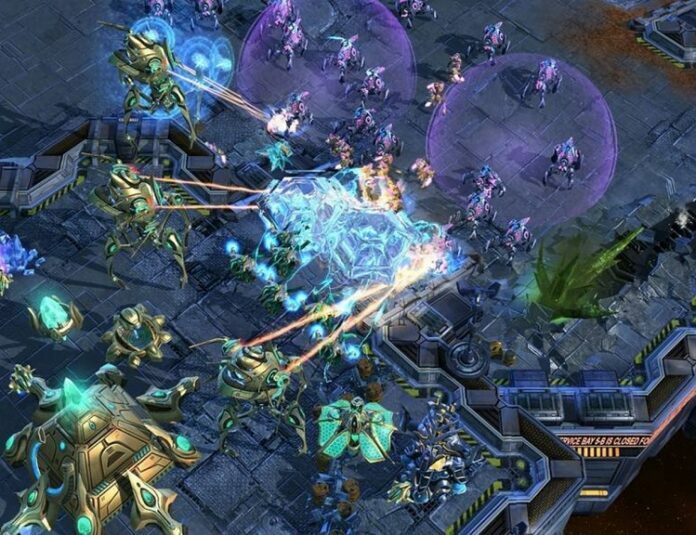 Starcraft has been one of the best selling, most played and very well supported games in the entire history. Anyone who has ever been passionate about computer games has at least tried Starcraft, to see how it is: the storyline, the graphics, the weapons and the game itself is one that will remain in the history of gaming. Unfortunately for Starcraft I, time has passed by really fast and in technology this means stepping up your game. In recent years, Blizzard has concentrated its attention almost entirely on World Of Warcraft, which has become the world’s most popular game. Yet, today we are going to talk about their attempt to resurrect Starcraft, with its sequel “Starcraft II” that has just been released.

While for a regular game selling more than one million copies in the first 24 hours would be an incredible performance, things change when talking about Starcraft II. The comparison between Starcraft and WoW is inevitable and there is no doubt that the latter is winning this contest, with its 2.4 copies sold of “The Burning Crusade” and 2.8 million units sold of “Wrath of the Lich King”, the last two released expansions. Hard to anticipate what success the “WoW Cataclysm” expansion (which will soon be released) will have, but following this recent trend, it will be another amazing bestseller.

There are two ways to look at these figures: the first one is to be dazzled that one game can sell over one million copies in just one day and the other is to try and understand why WoW has managed to sell more than twice that number, in the same amount of time. To be honest, there are lots of reasons that can explain these figures, but one in particular really stands out: WoW is one addicting game. While Starcraft offers fans great gaming pleasure, modern technology and complicated storylines, World of Warcraft has that X ingredient that makes one unable to stop playing and shut down the computer. It may be the scintillating quests, the endless battle for money, better rides, armor or weapons, the long nights spent in raids and knowing you own a better Tier than your opponent, or the feeling of having that kind of power, even in a virtual world, but the fact is that once you’ve started playing WoW, it’s really hard to quit, while Starcraft II feels a lot easier to put aside and go to sleep.

There is no doubt that the release of Starcraft II is another huge success for Blizzard. We should expect that as time goes by, more and more of those who used to play the original game will want to give this one a shot as well. It is possible to see a considerable growth in sales, as this game will revive memories of the old one, but the question is if it will be able to glue gamers to their computers the same way its rival, World of Warcraft does. In conclusion, we should congratulate Blizzard for its recent success and wait and see if these good sales were just in the memory of Starcraft I and will fade off or, on the contrary, this game will turn out to be a real bestseller.