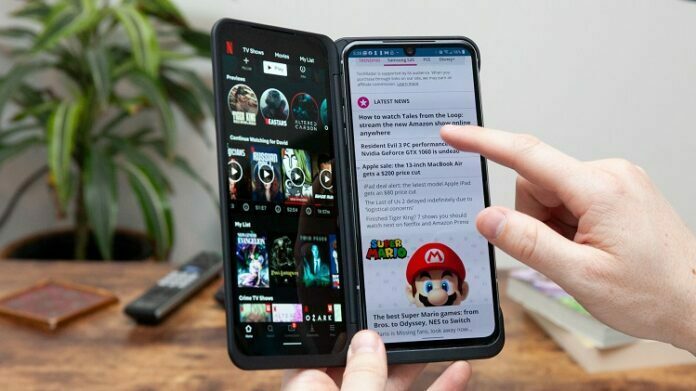 Rumor has it that Deutche Telekom’s US division called T-Mobile, hasn’t been doing so well lately, hence the possible merger between them and Sprint that we’ve already talked about. This time around, it seems T-Mobile are keen on solving these kind of problems on their own and one of the most promising products that could be able to end up as the long awaited savior is the G2 smart-phone.

A lot of fuss has been made about the G2 recently and while some details seem to have been unveiled, others are still to be determined. The first official pictures of this new device have been posted over at CPS, presenting a classic smart-phone, with a multi-touch screen and a sliding keyboard. The gray case makes it look very slick and elegant, though it’s not as light or as thin as an iPhone. Furthermore, for one reason or another, the extra gray band on the lower part of the front case makes me think about the Motorola V3, but it might only be me.

Leaving good looks and slickness aside, the G2 also comes with a series of other treats for its future buyers. First of all, the above mentioned 3.7” display and keyboard are following the already existing trend and so does the integrated 5MP camera, with autofocus. The internal storage space (if any) is still unknown, but the phone will certainly come with support for memory cards, most likely MicroSD and MicroSDHC. One other detail that hasn’t been sorted out is whether the product will be poweredby a 1 GHz Snapdragon processor, or the 800 Hz one. In any case scenario, the new G2 will run Google’s OS Android, the version most likely depending on the exact moment of release. For those wanting more than just a phone, this device also comes with assisted GPS, WiFi and Hotspot ready, 3G HSPA+ and Bluetooth 2.1. Other applications and features may vary along with the preinstalled version of Android, no hint on this subject being yet made public.

The release date for the T-Mobile G2 is rumored to be set for September 29th, at a price around $199, with a 2 year contract, a good price for what the device promises to offer. Still, neither the date nor the price have been made official and the expected date is less than 3 weeks away now, so don’t hold your breath just yet. The T-Mobile G2 has certainly made a lot of fans already, both amongst T-Mobile users and those who aren’t so close to T-Mobile yet. If everything goes well and the G2 manages to save the day for the carrier, we might never find out if there were any problems at all or if everything was just a well placed rumor, meant to damage their image a bit. Stay tuned for more info on this; we’ll let you know as soon as anything else slips out.