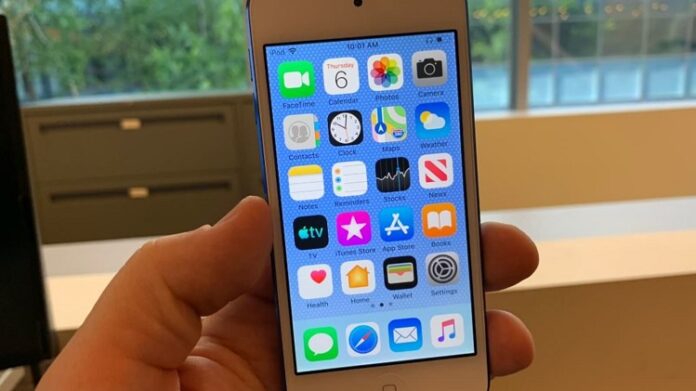 Last week, we wrote an article about the new iPod touch 4th generation, announced at the Apple music event. The article included details on specs, prices, as well as some pre-order info.

But what’s so special about iPod touch (4th generation), when compared to its predecessor? Let’s discuss about some of the changes and improvements that come with the newer generation.

One look at the new iPod touch and you realize that it’s the thinnest yet. Indeed, it is only 0.28 thick, compared to the 0.33 inches of iPod touch (3rd generation). It is also less wide, with 2.3 inches (2.4 inches for the 3rd generation). However, it exceeds the 3rd generation in length (4.4 vs. 4.3), but that shouldn’t bother you. The new addition to the iPod touch family is also a little lighter, weighing 101 grams (the 3G weighed 115).

iPod touch (4G) uses an Apple A4 chip for fast processing, replacing the 600 MHz, Cortex-A8 architecture of its forerunner. OS 3.x will have its place taken by the new iOS 4 (it adds GameCenter, as well as the ability to use FaceTime through Wi-Fi). You can now choose one of three different capacities for the new iPod touch (8 GB, 32 GB, or 64 GB, see prices in the forementionedarticle), just like for the 3rd generation of iPod touch. The latest iPod touch offers 256 MB of RAM, just like its predecessor.

iPod touch (3G) did support a lot of audio formats, but, to the newest addition to the iPod touch family Apple added HE-ACC, Audible Enhanced Audio, AAX, AAX+, Apple Lossless, as well as the possibility to adjust the maximum volume limit. Both generations of iPod touch use 3.5-inch widescreen Multi-Touch displays, although the 4G Retina display has a bigger resolution.

And now, some more great news! The new iPod touch has a a front camera, which can take VGA-quality photos and record videos of up to 30 frames per second, as well as a back camera. The latter can record HD videos and take still photos (960 x 720). Photo and video geo-taggind over Wi-Fi has also been introduced, as well as the possibility to tap in order to check the exposure for video or still photos. The guys at Apple have really outdone themselves.

Like its precursor, the iPod touch (4G) supports wireless connections and Bluetooth 2.1 + EDR. Earphones will also be shipped along with the phone. The iPod touch (4G) also includes a Dock Connector to USB Cable (USB 2.0 Cable offered with the 3rd generation), and a Quick Start guide.
iPod touch (4th generation) features support for TV and video, 1024 by 768 pixels (an increase when compared to its older brother) with Dock Connector to VGA Adapter. External buttons and controls have also been changed; for example, now there are two small volume buttons, in the place of the old rocker switch. The built-in rechargeable lithium-ion battery supports up to 40 hours of music and up to 7 hours of video playing when fully charged(again, a slight increase). One interesting addition is the three-axis gyroscopic sensor which makes it possible for the device to recognize in which direction it was moved as well as and how far and fast.

Well, that just about wraps it up! There’s no question about the fact that Apple has managed to improve iPod touch and even surprise its customers.