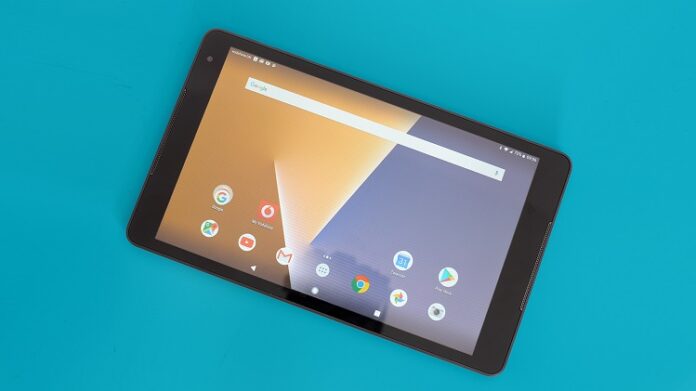 Seeing it’s in the trend and it’s guaranteed to have success Samsung thought it’s about time to launch a new tablet following the example of some of its competition, such as Assus with the EeePad or Lenovo with the LePad, that have also announced their upcoming tablets and even leaked out a few specs but there is still a long way until we’ll be able to actually hold them in our own hands.

Getting back to Samsung, we were able to confirm the existence of a future tablet due to a screenshot from Vodafone UK’s systems that mentions a Samsung Galaxy Tablet, picture provided courtesy to Engadget. Evidently there is no official release date or price scheme for this tablet, but there are rumors and speculations regarding the launch date. It is supposed to arrive somewhere around the end of this year. Other rumors placed the release of the tablet at an exact date. It is believed that the Galaxy tablet will make its first appearance at the IFA show at Berlin next month.

Word has been going around that the tablet will resemble its smartphone namesake. If this turns out to be true we will probably see an AMOLED display powered by a 1.2 GHz Cortex A8 processor. The tablet will provide 16 GB of on-board memory and will most likely run the Android 2.2 Froyo operating system. It will probably come with both WiFi and 3G connectivity since this is common sense nowadays. Considering where the screenshot was taken from, the carrier for this tablet is going to be Vodafone UK and we trust we won’t be disappointed by this collaboration between Samsung and Vodafone.