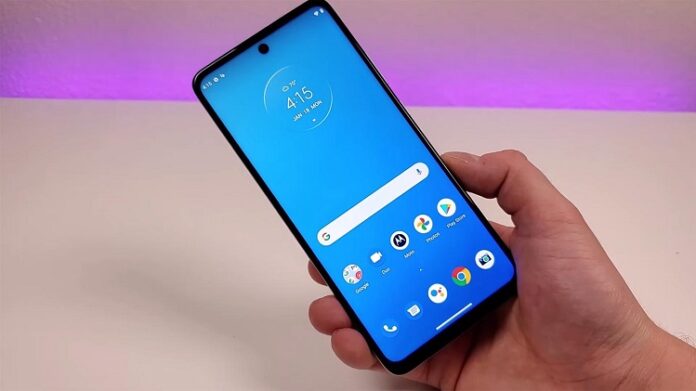 For those of you that think that a 1 GHz processor is a big deal, you are in for a shock! Sanjay Jha, the CEO of Motorola gave us a little idea of their future plans. Apparently, the company is developing a 2GHz smartphone that is going to run Android, currently the most used OS in the US. Also, even better news, it looks like this device might make an appearance even before the end of this year.

Although Jha did not want to reveal much more about the upcoming smartphone, there are some rumors on the proverbial „streets” that another influential person in the Motorola company was more than happy to help us with even more insight on their plans.

The new Motorola smartphone will allegedly be equipped with a NVIDIA Tegra GPU, which combined with the humongous processor, paint a picture about the monster that Motorola intends to release upon the world. This being said, do not dare to think that it will lack in other areas. For example, there is talk about the phone having at least a 5 megapixel camera with HD video recording, and possibly a video output of 720p for when you want to connect it to a HD TV. There will also be support for Flash 10.1 and perhaps even a gyroscope. Among all of these rumors there is one which has the least certainty of them all. However, if this pans out, it will be nothing less than beautiful. Apparently, there is talk about a high definition display.

If we put all of the rumors together, we can get a basic idea about what the bright minds at Motorola have in mind: lots and lots of processing power, multimedia capabilities, maybe even a high definition screen, for the best possible experience that Android can provide, so overall a complete phone. The first thing that pops in my mind after reviewing all of the alleged specs is how much lighter does my wallet have to become to get my hand on this phenomenal piece of technology. Will it be worth each and every penny spent for it, or will it be a huge disappointment? That remains to be seen, maybe even by the end of this year.