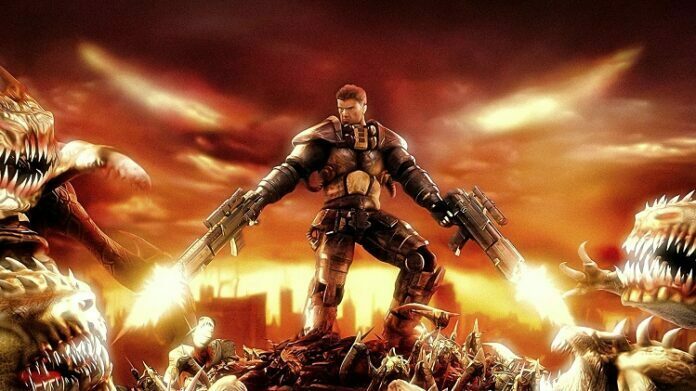 Alien Shooter 2 (also known as Alien Shooter : Vengeance) is a 3D isometric RPG game, which also contains some action and arcade elements. The game was released 3 years ago and is now available as shareware. You can download it from here. However, if you decide you want the full game, you’ll have to pay $19.95.

OK, so let’s talk about what the game has to offer . In the post-apocalyptic future, in 2030, the player is a mercenary for the MAGMA Energy Corporation and will have to destroy any alien that interferes with the company’s objectives. Kind of dull, if you ask me. Sigma, the developer, made up for the stereotype story, and introduced other interesting RPG features. You will be able to choose from 8 different characters, each starting with different stats and equipment. You will also get the chance to choose from a list of perks( such as health regeneration, hypnotism or thievery, among others) when you choose your character. The game features three game modes : Campaign, Survive and Network game.

The game features dynamic shadows and lighting, natural phenomena(fog, rain, water) which are pretty well rendered and dynamic music and sounds effects. On each map there are about 10000 monsters, out of which 100 may appear at the same time on the playing screen. NPC characters are also present throughout the game. You will be able to use more than 50 different weapons – with which you can burn, freeze or even diminish the aliens. There will be more than 20 types of gadgets in the game, such as flashlights, radars or medkits.
For more details, visit the developer’s official site.

Mass Effect 2 PS3 Demo to be released next week