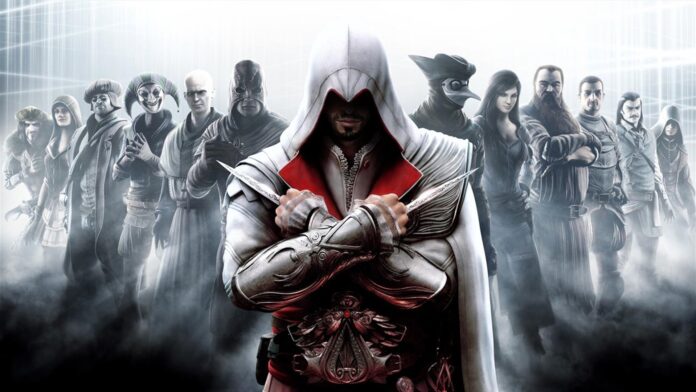 Assassin’s Creed is one of the productions that have revolutionized recent game history, bringing graphic quality to unprecedented levels. Furthermore, the attractive story line has seen fans glue their eyes to the monitors/television sets, with both the first part and the second one ending in an unexpected, yet addicting way that leaves room for more action. This action is to come along with the third and last part (called “The Brotherhood”) of what has been announced as a trilogy from the very beginning and those who are lucky enough to be part of the exclusive PlayStation club will be able to get their hands on the game’s multiplayer beta, most likely next week.

This piece of information has been made public by Sony on the blog and it may determine more people to sign up for their exclusivist club, only to get access to this kind of premiers. The announced date for the beta release is “early October”, as stated on the Sony PlayStation blog, where other similar announcements have been made.

This third part of the trilogy will allow gamers to follow the story of Ezio, the assassin presented in the previous release, only this time, after travelling to Venice and Florence fans will have to make a visit to Rome in order to free the country from corruption that has spread all over the empire. Assassin’s Creed 1 and 2 have done a great job of reproducing the atmosphere and architecture of the scenes to the smallest detail and we’re hoping “The Brotherhood” will make no exception.

As stated earlier, this game will lead fans into unknown territories, in order to complete even more difficult quests than in the other two games. In order to make the difficulty manageable, as well as to raise the implication levels of the gamers and keep the realistic fighting scenes alive, Ezio will be in charge of finding, training and putting together teams of assassins that will be accompanying him all the way. This will bring a new dimension into the game, which has been pretty self-centered by now. Other attractive features of the game are the historical characters, like Leonardo da Vinci, Niccolo Machiavelli and Caterina Sforza with whom Ezio interacts at several points along the story line. Following the trend of the previous two games, the interaction between the assassin and the city’s population has been further enhanced and now winning citizens by your side can be an important factor in combat.

Last, but not least, fans will now be able to play in more multiplayer modes, which will feature multiple character classes, each with their own secret weapons and skills (such as parachutes, double hidden blades, hidden guns, and advanced flying machines) and many maps to choose from. Moments like these make you regret not being a member of the exclusive PlayStation club, but we know they’re going to be available for everyone soon, because the official release date for the game has been set for November 16th. As far away as that might seem, this game makes it worth the wait, as it looks able to deliver anything one might one from a third person action/adventure game.