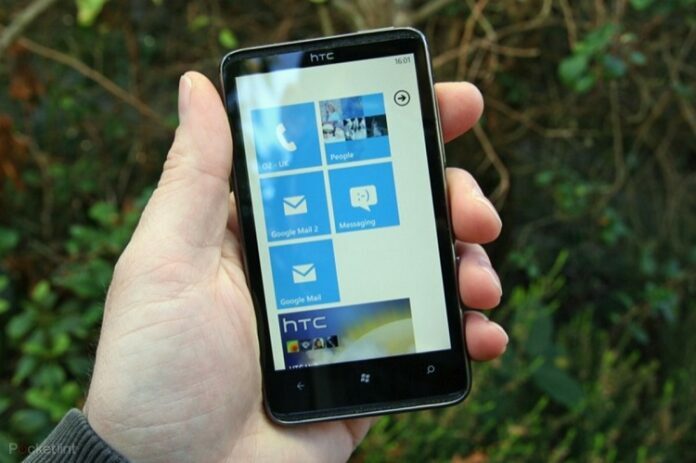 After a long development process, Windows 7 seems ready and time has come for apps to be developed and integrated in the OS. Once this is done as well, phones will be shipped to stores and sold out like fresh bakeries to Microsoft enthusiasts. Of course, this operating system has brought new opportunities to handset manufacturers who, just as in the case of tablets, have begun a new race for space… for Windows space that is. This race seems to have been won by HTC who, barring any tremendous surprises, will soon launch the first Windows Phone 7 device, the HTC HD7. Although the name isn’t that original, the specs that have just been leaked look great; let’s take a look.

First of all, the HD7 will have a 4.3” WVGA TFT display with a capacitive touch-screen (this should guarantee a much better response than most phones having a resistive one), able to put up a 480×800 resolution – fair, but still not enough for the 5 megapixels camera, which has autofocus, 2x LED flash and a 2 step camera button. The device will use a 1GHz Qualcomm processor and will have 512 MB RAM. The internal storage space is only 512 MB, but it’s well completed by the included 8GB microSD card. On the connectivity side, the new HTC will only have assisted GPS, but instead it will feature a number of cool add-ons like the digital compass, motion, ambient light and proximity sensors and a couple more which you can check out in the sheet. Furthermore, it will support Bluetooth 2.1, EDR, Wi-Fi, USB and micro USB, practically all the frequently used ports and detectors.

Battery life is expected to be average, with a 1230 mAh battery powering the HD7. One other thing we can notice from the list is the available accessories which are “optional”. Actually, the whole rumor regarding the release date of the HTC HD7 started off with another leaked item, the order for several accessories which were due November 1st. Later on, reports came in that people have started to spot the phone and another release date was mentioned, that of October 18th. Any case scenario, the accessories we’ve seen on the list we got last week are pretty much the ones written down in the new one: car chargers, pouches and extra batteries, Bluetooth headsets and screen protectors and a few others.

By the looks of things, the first Windows Phone 7 device will be launched at T-Mobile, at least in the US. Both the previous rumors and the new ones confirm this idea and considering how fast things have went with the development of the whole ensemble from the moment when the OS was finished until now, we should expect to see the handsets in stores very soon. Strangely though, Microsoft hasn’t made any comment on this topic in a long while and we’re wondering if these ‘leaked’ documents are really honest mistakes, or just another way, a more exciting one, of letting the public find out about the status of the project. Anyhow, both HTC and T-Mobile are expected to announce the real release date of this long awaited premiere, so stay tuned to find out the date when this very promising phone will be launched.