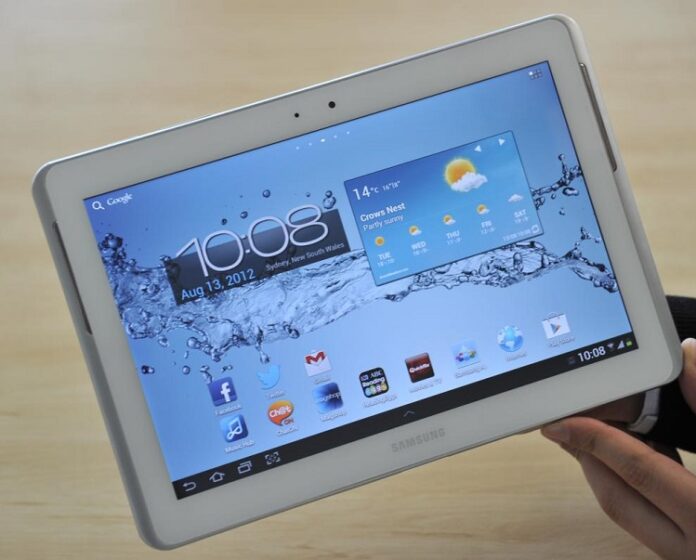 Samsung’s Ireland manager, Gary Twohig , might have made a bit of a mistake in his career when announcing that we can expect the company to launch a 10-inch Galaxy Tab in 2011.

While his bosses might disagree with the early disclosure of this information this is nothing but good news for all of you Samsung fans out there. I bet many of you are willing to hold off on the purchase of a 7-inch Galaxy Tab for the future bigger brother. While the news suffered a bit of alteration since it’s initial appearance, by the severing of the connection between Twohig and the 10-inch Tab, one might still believe the info because Samsung was not that secretive about their intentions to launch the Galaxy Tab in multiple sizes to their loyal customers.

At this time we do not possess much more information about their plans with the bigger Galaxy Tab other than the the fact that it will have the V8 JavaScript Engine, a feature initially presented in the Androyd 2.2, codename Froyo though if we think about it, their is a very good possibility that this 10-inch Tab will wait for Android 3.x. And here lies the question: if this is the case, will it be Gingerbread or Honeycomb? The fact is that both of them offer a better skill-set for a larger screen. In fact, this may be the reason why the launch of this tablet did not happen at the same time as the 7-inch little brother. A better OS equals a better performance and some people may say this is a good enough reason to explain the wait for 2011.

As the need and desire for these relatively new gadgets increases, so does the competition between companies that produces them. I am a bit of a Samsung fan myself, whether it’s phones or Tab’s or electronical equipment in general, so if i were you, i would hold off on jumping the gun in purchasing a Galaxy Tab before i had all the info i could about future products.