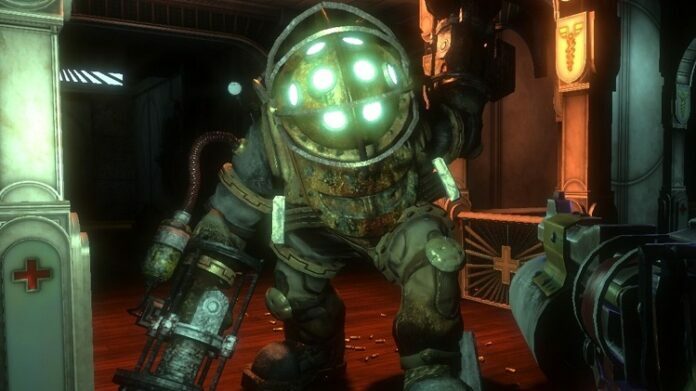 Remember the new Bioshock 2 DLC – Rapture Metro – that was supposed to be released on April 29th? Well, if you’re enjoying Biochock 2′s multiplayer you’ll be happy to find out that Rapture Metro DLC will be released today for Sony’s PS3 and Microsoft’s Xbox 360.

Check out the Bioshock 2 Rapture Metro DLC Trailer below:

2K Games will also release today the Bioshock 2 Character Pack that contains Zigo the Fisherman and Blanche the Actress. This character pack will soon be available on PSN and Xbox Live and will cost you $1.99 (or 160 Microsoft Points).

That should be enough Bioshock content for one day, right? Apparently 2K Games and Digital Extremes are trying real hard to attract people to Bioshock 2′s multiplayer (honestly…how many of you purchased the game for its online part?) and they will release a new Bioshock 2 Multiplayer mode called “Kill’em Kindly“. This mode puts golf clubs in players’ hands and lets them hit each other to digital death. Kill’em Kindly will be released for free for PS3 and Xbox 306. When? Today, of course.

Check out the trailer for Bioshock 2′s Kill’em Kindly Multiplayer mode below:

After announcing that they’re working on patches for all versions of Bioshock 2 (PC, PS3, Xbox 360), 2K Games has released, yesterday, a new Bioshock PS3 patch while the Xbox 360 one should arrive later today.

Both Bioshock 2 Patches are supposed to fix multiplayer freezing and connectivity issues, lobby problems and more. The full list of changes that the latest Bioshock 2 Patch brought/will bring can be found on the Cult of Rapture. The most comprehensive of them will be the Bioshock 2 PC Patch that’s still in the testing phase. The Bioshock 2 Rapture Metro DLC, the Character Pack and the Kill’em Kindly multiplayer mode will also arrive on the PC but a release date hasn’t been revealed yet.