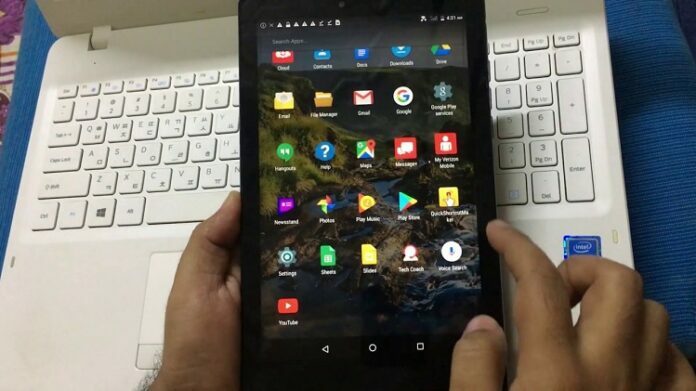 Verizon Wireless has announced that they are working with Google on a new tablet device. Although exciting news, it’s really of no surprise as many talked about a possible Verizon gPad. As mentioned before on our blog, the tablet devices market is where all the big companies want to be. So far, it is Apple and AT&T that lead the way, but Verizon and Google have the resources to dismount this handicap.

First of all, let me just say that Android 2.2 (Froyo) seems to be perfectly fit for a tablet. And one feature on it will hit the Apple where it hurts the most: complete Flash support. Android 2.2 will also improve gaming experience, run faster and use up less memory.

Verizon and Google have a history of working together, and not without some exceptional results: Verizon is the carrier that currently got the most (and even the best) Android smartphones in its lineup. Although Verizon won’t be lining up the Google Nexus One, it shouldn’t be taken as a sign that this collaboration is not key for both companies. Let me explain why. Google depends on its Verizon partnership so it can further improve the market share owned by Android OS. While RIM’s BlackBerry is still king of the hill, some reports state that the iPhone is losing the battle with Android for second place. The Verizon Motorola Droid, the Droid Eris and other Verizon exclusive smartphones were the ones that really mattered in high numbers. It seems that the iPhone killer smartphone was not actually a handset, but an OS-carrier combination.

And if you think that Verizon doesn’t have at least as much to win from this key partnership, you might want to think again. Verizon might be the biggest carrier in the US, but it is way behind AT&T when it comes to making you pay for data. AT&T not only carries both the iPad and Amazon’s Kindle but is also much more active in the netbook segment. And guess what: data plans are at least equally profitable for carriers than standard voice plans. Consider that this is still an emerging market and you can figure out why this Verizon gPad is so important for Big Red: the card it plays now might very well shape its standing in the long run.

But what I don’t like from all these partnerships is that it seem we’re still a long way until a customer will be able to get what he feels is the best smartphone, the best tablet independently of how tech companies devise plans to get their money.