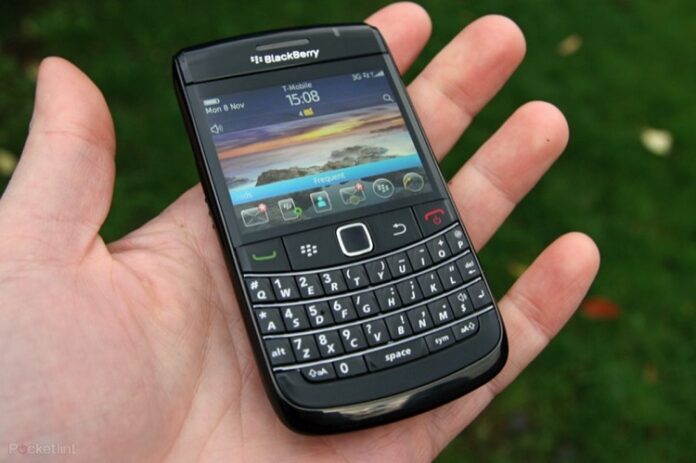 With the imminent growth of Windows Mobile devices caused by the launch of the Windows Phone 7 platform which is right around the corner, Nokia’s plans to enlarge its Symbian^3 line-up of smartphones and Google’s great expectations for the Android 3.0 Gingerbread, RIM can’t afford to just sit back and watch. That’s why they must also figure out ways to complete their BlackBerry 6.0 list of smartphones. They took the first step by upgrading the OS for the BlackBerry Torch 9800 to the 6.0.0.246 version and now its time to make a new addition to the BlackBerry 6 platform: The BlackBerry Bold 9780,

Formerly known as BlackBerry Bold R020, the BlackBerry Bold 9780 has just been confirmed by T-Mobile UK and Vodafone UK along with a pricing scheme. The latest BlackBerry from the Bold series will be available free of charge with a 2-year obligation of £30 per month towards T-Mobile or £35 per month towards Vodafone.Available in both black and white versions, the device is expected to have a release date right before Christmas and there’s still room for more carriers, like the rumored Virgin Mobile.

The BlackBerry Bold 9780 is the successor of the wildly popular Bold 9700 and in fact it still keeps many of its features and characteristics, at least on the design side. The 9700 Bold currently runs the 5.0 version of the operating system but fans keep hoping that along with its successor’s launch, the device will be upgraded to the latest version. The 9780 Bold maintains quite the same Qwerty keyboard, trackpad, hard keys, media keys and even the same 624 MHz processor as its older brother. The phone’s base memory reaches 512 MB and opposite the 2.44 inch 480 x 360 px HVGA display there could be a 5.0 MP camera with AF and Flash. The MicroSD card support (maximum 32 GB) is completed by the Bluetooth 2.1 connectivity and the High Speed USB port. Finally, the device is supposed to get a 1500 mAhr battery which means you’ll get plenty of standby and/or talk time.

I must admit I’m a little curious to see if BlackBerry Bold 9780 will rise to its predecessor’s reputation, but I’m a little skeptic since the other major UK carriers (o2, Orange and Three) haven’t announced their involvement. At least not yet!