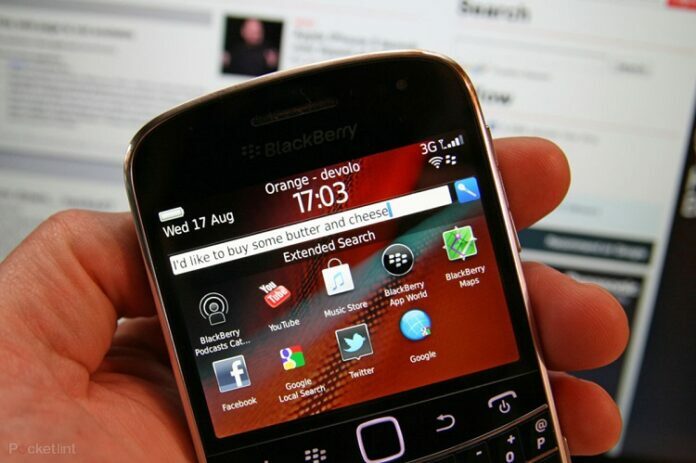 Google launched yesterday, Tuesday April 7, the Maps for Mobile 4.0 update which includes a bunch of fresh and improved features for BlackBerry cell phones. Among these new features, the most noticeable are: voice search, Google Buzz integration, starred locations and Labs for Maps.

In 2006, Google released a Java application meant to run on every Java based mobile device called ‘Google Maps for Mobile’. Just one year later the first update was launched: Google Maps for Mobile 2.0. As of December 2008, this service can be used on several platforms, like Android, iPhone OS, Windows Mobile, Symbian OS, Palm OS, Palm webOS, Nokia S60, BlackBerry and most phones with Java-Platform (MIDP 2.0 an up).

The most important features available for BlackBerry from previous versions of Google Maps for Mobile include: my location (which allows you to see your location on a map even if you don’t have GPS), business listings (the possibility to search for any business or category of interest), business reviews, driving directions, transit and walking directions (routes and schedules for subways, buses etc.), latitude (you can see your friends’ locations and share yours with them), layers (view layers of geographic information), street view (view street-level imagery of businesses and turns in directions), satellite view, my maps, traffic (you can find the fastest route by looking into real-time traffic).

With these new features included it’s even easier for us to find our way in the big cities among the many and crowded streets. The search by voice feature allows the BlackBerry users to speak their search and see the results quickly without typing a single letter. Google Buzz for mobile can be used to see what’s going on around you or even to post to the layer yourself and share pictures, news or other useful information. After being introduced in Google Maps on Android, the starred locations feature is now also available on BlackBerries. The BlackBerry version provides personalized search suggestions from your search history. Even more, with the 4.0 update you can use Labs to try experimental features (for example the Scale Bar or Terrain layer for mountaineers), you can see nearby businesses just by choosing a point from the map and finally report any problem with the map data or a business listing.

We sure hope that Google hasn’t worked in vane for this new update to Google Maps for Mobile and that the 4.0 version is going to be even more helpful for its users.