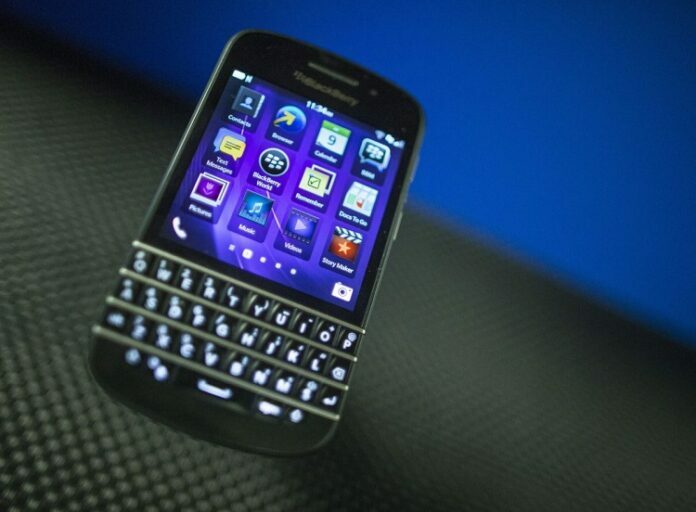 The BlackBerry Oxford has been announced and we might even have a possible release date for this uncommon device. Uncommon yes, because it seems a fair phone, with some good specs and some ordinary ones, meant to satisfy needs rather than whims and this comes in a period when high-end smart-phones are being released in a frenzy, including the upcoming HTC HD 7 running Windows Phone 7 and other similar handsets. Maybe RIM have spotted a gap on the market and the BB Oxford is their attempt to fill it before anyone else does and more importantly before Christmas and the “shop ‘til you drop” spree come round this year.

The specs of the phone haven’t been officially made public, but the leaked source is a photo taken directly from a Sprint spreadsheet so it’s very likely to be the real thing. The phone itself is a bit striking at first: a flip-BlackBerry that still has a QWERTY keyboard, with two tiny displays – an external 240×320 one and a 360×400 internal display. Just a reminder, we’re in the “touch-screen year”, with most manufacturers trying to come up with bigger and better displays to show off with. Yet, this phone isn’t old-fashioned or out-dated; on the contrary, it features a 5 megapixels camera, Wi-Fi, Stereo Bluetooth, visual voice-mail and even GPS. For those needing lots of storage space, the Oxford comes with an included 8GB MicroSD card, while Sprint have done their best to satisfy app-addicted fans. Access to lots of applications, stores and services will be granted to those buying such a device: the BB App Store, Sprint Navigation, Sprint Music Plus, Sprint TV and even Sprint Football are only some of these facilities.

Rumor has it that the BlackBerry Oxford should arrive in stores on October 31st along with its $99.99 price tag. Of course, this is with a two year contract and after a $100 Mail In Rebate. Anyhow, for a BlackBerry running BlacBerry OS 6 and having a 5MP camera, the Oxford sounds like a fair deal, providing both the classic QWERTY keyboard and the unique feel of the flip. The low price and new looks may see this handset become more of a success than many recently released super-smartphones, so until further notice, hats off to RIM and their newest BlackBerry Oxford.