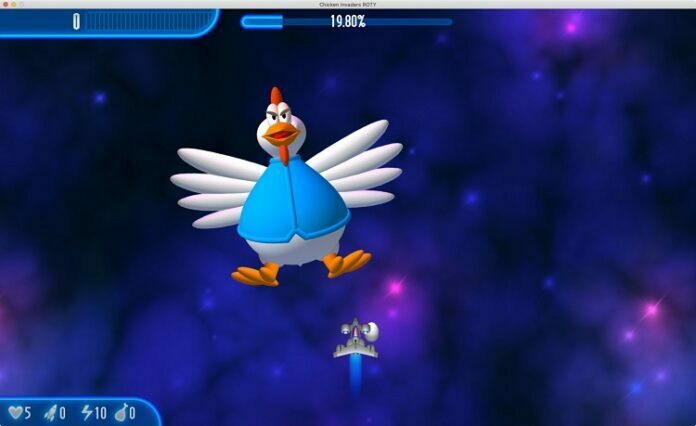 Who among us hasn’t fought for their right to earn those hamburgers or roasted wings for achieving the much desired missiles in order to have a chance to confront the system’s boss and possibly free the universe from the chicken menace? Chicken Invaders is a series of arcade-like games which parody the classic 1978 Space Invaders. It’s been some time now since we’ve been able to stop the first invasion, to successfully front the second wave and eventually to stop the revenge of the yolk, but the chickens haven’t given up yet. The threat is imminent. A new invasion is on the way. The chickens will be hitting around Christmas and we have to be prepared to once again face them.

Chicken Invaders 3.55 Revenge of the Yolk Christmas Edition supports up to 4-player cooperative play, each player being offered the possibility to choose between keyboard, mouse, joystick or gamepad if available. Besides using the same computer, the multiplayer feature can be used over your LAN or on the Internet.

Once again your task will be to remove the chicken menace by destroying every last hen or chicken that seeks revenge for their fallen earthly or intergalactic brethren. Even though you will still use the same old tiny spaceship that feeds on the hamburgers and roasted wings in order to produce some missiles, this could actually turn out to be a good thing allowing you to avoid those killer falling eggs. The gifts or the powerups will come in handy as usual for upgrading your weaponry.

The Universe is in danger once more from chicken annihilation so go ahead and download Chicken Invaders 3.55 Revenge of the Yolk Christmas Edition here and save humanity from becoming just another course in the menu of an intergalactic chicken restaurant.