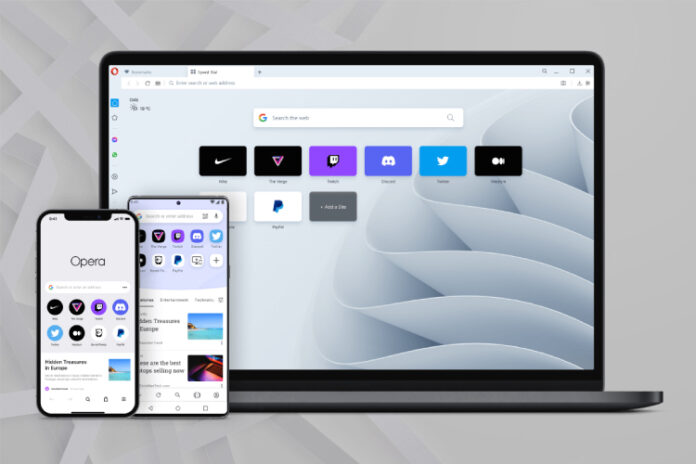 The Opera development team officially released the latest version of Opera, the Opera 11.01 Final, on January 27, 2011. This is recent most version of the web browser and can be downloaded for almost all the major operating systems, including Linux, FreeBSD, Mac OS X, and Windows. Although the Opera development team claims that latest version is even faster than Google Chrome, I would say it is as fast as Google Chrome. But, I do agree that it does have some features which give it an edge over its rivals. As Opera 10 was highly accepted in the market, its general functionality and design has been retained in the latest version.

So, while Opera 11.01 is not as radical a change as its previous version, it has brought about a few significant changes. The new extensions that have been added to the final version allow you to deliver tab stacking, customize the browser, and much more. Tab stacking functionality is useful for those users who usually have too many tabs open at the same time. Also, with Opera 11, you will not require to restart the browser every time you un-install/install the add-ons like you got to do with Mozilla Firefox. The forward-thinking Unite, which has also been retained in this version, allows the users to share the stuff directly with their friends. Just like the Beta version of Opera 11, the Opera 11.01 Final also features a number of stability improvements, security fixes, and also a better visual mouse gestures tweaking. The mouse gestures are implemented extremely well. You can access them by holding the right button of the mouse that leads you to the translucent mouse gesture guide. If you have never used gestures before, this is really something you must look forward to.

The major stability improvements and security fixes that have been included in Opera 11.01 are as follows:

For more specifications and details, you may refer to the Opera 11.01 release notes. Thus, with an incredible speed, user-friendly Speed-Dial functionality, mail client, tab stacking, and “Unite!”, Opera 11.01 is undoubtedly the best version of Opera till date. Although it still lags behind competition due to lesser extensions, it is the presently the most innovative web browser in the market and is certainly worth giving a try!

If you are a Windows user, you may download Opera 11.01 easily by clicking Opera_11.01_en_Setup.exe

For Linux Power PC, FreeBSD i386, Free BSD AMD64, and Linux x86-64, you may download and install Opera 11.01 in RPM package tar.gz, tar.bz2, or Debian package from Opera’s official website.