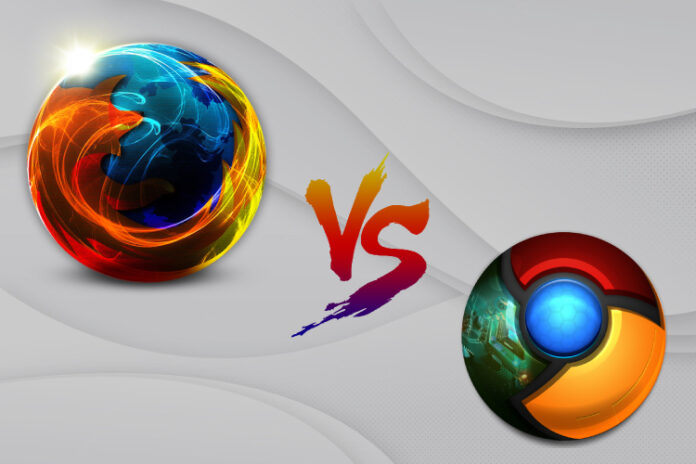 On March 29, Mozilla released Firefox 4 for Android and Maemo, the latest version of their browser optimized for mobile devices. The desktop version of Firefox 4 however, was launched a while back, on March 22nd. After nearly three years since Firefox 3 debuted and with more than a year in development, Firefox 4 is available for Mac OS X, Windows and Linux and, more recently, for Android and Maemo. For download or more details, check out Mozilla’s web site.

Firefox 4 had a debut that exceeded most expectations, managing to thump IE9 in the first day download race. Reaching over 1 million downloads in a matter of hours, Mozilla’s web browser was capable of achieving a number of downloads approximately three times grater than Micosoft’s Internet Explorer 9 in their respective first days of launch. According to Mozilla’s real-time calculator, about 6.5 million copies of Firefox 4 have been downloaded in the first 24 hours, compared to the 2.35 million downloads earned by IE9 in its first 24 hours since its launch, back on March 14. This puts Firefox 4 way ahead of Internet Explorer 9 in terms of numbers and this is mostly due to the fact that while Microsoft’s browser can only run on Windows Vista and Windows 7, Mozilla’s Firefox 4 is compatible with a wider range of operating systems, including Windows XP, which, currently still stands as the most overall used operating system.

And since we’re at the OS chapter, let’s talk a little about Firefox 4’s system requirements. The browser requires Mac OS X 10.5 Leopard or 10.6 Snow Leopard running on an Intel-based Mac. The 3.6 family from Firefox worked on 10.4 Tiger and later on both PowerPC and Intel based Macs. In conclusion, if you own a PowerPC based Mac, you’ll want to stick with the last release from the 3.6 family, meaning Firefox 3.6.16, or try a branched version of Firefox 4.

Mozilla, Microsoft and Google have been rewriting JavaScript engines in an epic battle that has been going on for quite a while and the results can be seen in the the big three browsers to date: Firefox 4, IE9 and Chrome 10. Aesthetically, Internet Explorer looks the simplest and probably the nicest, although having everything on one line gets kinda confusing and irritating. Chrome is stripped off of almost everything, making it almost invisible, while Firefox 4 is definitely Mozilla’s most stylish version of the browser yet. The new user interface from Firefox 4 is a dramatic improvement as it doesn’t take up much room and it’s quite simplistic while it keeps its functionality to a maximum.

The basic element in determining a winner here is, obviously, the speed factor. Although the appearance is almost as much important, most users will go for the fastest browser out there. But this is a very relative characteristic, as various standard benchmarks will reveals different results, pointing towards different browsers as the fastest. For instance, according to Techradar, with the SunSpider benchmarks, IE9 came ahead with an average of 288.8 ms, followed by Firefox 4 at 308.5 ms and, finally, Chrome with 346 ms. On the contrary, on Google’s own version 6 of V8 benchmarking suite, Chrome obviously came first at 7,101 against Firefox’s 3,269 and IE’s 2,053. Still, the gap between the browsers with Google’s benchmarks is getting narrower, as in the past few years, Chrome would usually score ten times more than its competition. Finally, on Mozilla’s Kraken things didn’t turn out as expected. Surprisingly enough, Firefox lost in front of Chrome once again at 9,224ms to 8,794 ms, while IE9 took the last place one more time with 19,136 ms.

Although these browsers have been optimized for different benchmarking tests, the truth still seems to reveal itself a bit. Techradar were able to perform their own set of tests to see various times that each browser needs to load different web pages. On most of the tests, Firefox and Chrome were neck and neck, but there were a few sites were Chrome took the lead. Firefox did better though at loading videos. Anyways, IE9 seems to always come in last. So, things look pretty clear as Chrome seems to be just a bit ahead of Firefox, while IE9 keeps the bronze medal.

In terms of stability and standards, we should take a look at the Acid 3 test, where IE9 got 95/100, once again the bronze medal, Firefox came in second at 97/100, while Chrome did a perfect 100/100. Firefox 4 lost a lot of ground, on the fact that the other two browsers have the ability to split individual tabs into different processes, while Mozilla’s browser is lacking this feature, which makes all tabs crash if one tab crashes.

Firefox 4 does hold the upper hand in the features category, due to its App Tabs and Tab Groups which can really help organizing open tabs. Synchronization also gives Firefox a bit of an edge in front of Chrome and IE9, as it is able to sync your bookmarks, your history, even your open tabs and more. Chrome has the same ability, although it lacks syncing open tabs. IE9 is way behind since you’ll need a third-party extension to perform these actions. Firefox 4 is also the most expandable and allows the greatest number of add-ons, even though Chrome is right behind and catching up fast. All in all, all these three browser have their own advantages and disadvantages, so it’s up to you, the end user to male your own decision based on your preferences.

Problems and issues with Firefox 4

Although there have been numerous beta releases along the way, Firefox 4 does come with its own flaws. Users have already started reporting issues and problems concerning Firefox 4 and we were able to gather some of them to make you aware. For instance, it seems there are a few bugs and glitches when using Zoho CRM with the new Firefox 4 release, like when trying to send an email to a new lead which sometimes returns as unusable email screen or the fact that in CRM, Setup, Events, Edit Page Layouts, the page layout details don’t actually load.

Another complaint from Firefox 4 users is linked to Google’s search toolbar. It seems that when you type in a search, even though the suggested drop down shows up, clicking on one suggestion gets you nowhere.

When using Netflix, the back to browsing button doesn’t work. So, when you’ve finished watching a movie, the only way to get back to the main menu is to close and restart Netflix.

Some users claim that they are unable to open their email at Tiscali with Firefox 4, and others seem to have problems with their Terra accounts.

For some users, the Firefox 4 is displaying many fonts on various web sites and for no particular reason in bold. There have also been claims that sometimes spaces between lines are bigger, which causes distortions in columns.

Windows XP SP3 users have complaint that the Firefox 4 window freezes when running a video, mostly on Youtube, and that sometimes the whole browser locks up and has to be shutdown with Task Manager.

Many people who have downloaded Firefox 4 seemed to have encountered the same problems with the browser really slowing down their computer performance and speed. According to them, the computer became so slow that the only solution was laying in a reboot.

Also, there have been many reports concerning the fact that the homepage site isn’t shown properly or it isn’t displayed at all. Some users are complaining about the fact that even when they open a new tab they don’t get a blank page, but another web site instead.

Snagit users noticed that the all-in-one capture no longer automatically highlights various areas of the screen for capture and instead it snaps to the entire window. Manually, you can select any area with click-and-drag but the snap-to feature is lost with Firefox 4. Also, the Snagit autoscroll Helper seems to no longer work. However, the problem was solved with the release of a fix called Snagit 10.0.1.

Although Firefox 4 brings major improvements to the previous versions of the browser, many who have tried it quickly went back to the old 3.6.16 version. It’s still early to estimate how well this new release will be received and how well it will perform, but we’ll keep you posted with every development that comes along the way.