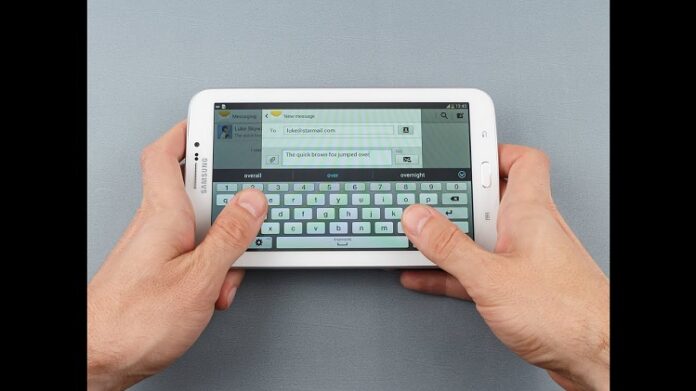 If you are looking for a stylish, brand new tablet that can connect you to everything you need, don’t miss out on the Samsung’s 7-inch Galaxy Tab. This compact tablet runs the latest Android 2.2 interface and is powered by a powerful Cortex A8 1 GHz application processor. It offers high-speed 3G connectivity, Wireless LAN, and Wi-Fi with latest Bluetooth 3.0 support to ensure maximum connectivity irrespective of your location.

Apart from the 7-inch multi-touch TFT screen with a resolution of 1024 x 600 pixels, the tab also features a 1.3 mp front-facing video cam, a 3 mp rear camera with auto focus and flash to capture pictures, a 16 GB/32 GB internal storage, and a 32 GB microSD slot. Measuring just 13 ounces in weight and 12 mm in thickness, the 7 inch Samsung Galaxy Tab is a smart, lightweight entertainment device that can easily slip into your pockets and keep you connected to everything you need, ranging from various social networks to videos and music and even exciting games with the wide selection of apps available on the Android platform!

Yesterday, Samsung made it official via a press-release that it is all set to launch its long-awaited Wi-Fi only version of the 7” Galaxy Tab in the U.S. As per the press-release, this sleek tablet will be made available at multiple retail stores and online retail outlets from April 10, 2011. You can purchase it from CompUSA/Circuit City/Tiger Direct, Fry’s, and many others for just $349.99. You may visit the official website for a complete list of retail outlets selling the Wi-Fi Only Galaxy Tab.

After major carriers like Verizon and Sprint heavily discounted their prices to $200 on-contract for GSM versions, the price of $349.99 for the Wi-Fi Only version falls into most of the predictions.

The 3G connectivity and a larger 7” display are features that make the 3G models of the Galaxy Tab really compelling. Moreover, these models now sell at just $199.99 (Verizon and Sprint), $549.99 (AT &T off-contract), and $249 (T-Mobile). At such prices, I think Samsung Galaxy Tab is a wonderful option at 7-inches for out and about as well as for satisfying all your Android needs. However, I’m not sure if the non-3G version of the tablet will be as attractive and compelling as the 3G versions. The Wi-Fi Only version of the 7” Samsung Galaxy Tab has exactly the same specs as the tablet’s other GSM versions. But, with only Wi-Fi, it is difficult to say if people would prefer to use it at home when Xoom, iPad, and upcoming tablets with larger displays can be more useful.

$350 for a 16GB (with 32 GB extendable memory), 7” WiFi Only Samsung Galaxy Tab comes in at less than any Apple iPad, including earlier models. Moreover, besides having all the aforementioned wonderful features, the tablet is also one heck of an e-book reader and a media player. I think if the price drops below $300, the Wi-Fi model can do really well in market since it is offering quite a bit of power in a sleek, small package. Anyways, $350 is also not a bad deal.

The only thing you definitely won’t like about Samsung 7-inch Galaxy Tab is that it still runs the Android 2.2 Froyo OS and there is absolutely no guarantee that we’ll ever get to see it update to Honeycomb. Anyways, even with Android 2.2, this tablet is worth every single penny invested on it. Its tablet-optimized apps (Calendar, Contacts, Media Hub, etc.) are much more compelling and stable than anything currently found on Honeycomb.

For detailed specifications of both versions of the 7-inch Samsung Galaxy Tab, visit the official website.