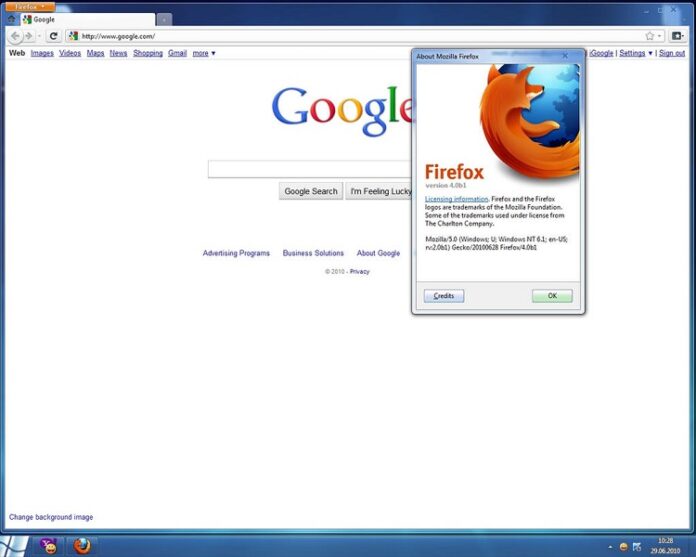 Mozilla Firefox is, without doubt, one of the revelations of recent years. Although having to fight off serious competition, it has managed to overcome browsers like Google Chrome, Safari, Opera and set itself as a serious rival for Internet Explorer, the number one browser for as long as we can remember. This ascent is mostly due to Mozilla’s constant desire to improve its products. We’ve lately discussed about the Firefox 3.6.4 Beta Build Release and then about the Final Mozilla Firefox 3.6.4 Release and just when we were getting ready to announce the 3.7 version, in a last moment move, Mozilla renamed it to Firefox 4.0, our star today.

The new release is meant to refresh the image of the browser, making it faster and better looking. One of the main things that have changed is the interface which now allows the users to show or hide the tabs and the menus displayed in the upper part of the window. A significant number of other changes have been made, amongst which the new single button for stop and reload functions, the Home tab, a bookmarks button and an application tab. Furthermore, crash support and protection have been added, while running either Adobe Flash, QuickTime or Microsoft Silverlight plug-ins.

Other improvements to the browser are the new support for HD web video, WebGL, multi-touch displays and a new Java engine. Furthermore, we finally have a 64-bit version of Firefox as well as the classic 32-bit one, both only available in English, for the moment.

This new release is better looking, faster and provides support for a lot of new things and apps, proving once again that Firefox has established itself as a competitive browser, able to provide constant support and updates for all versions. Yet, this is only a Beta version of the software, so we should still keep an eye out for the final version. Although no release date has been announced for the latter, we know from previous versions that this should happen in well less than a month, maybe in the next couple of weeks or so.