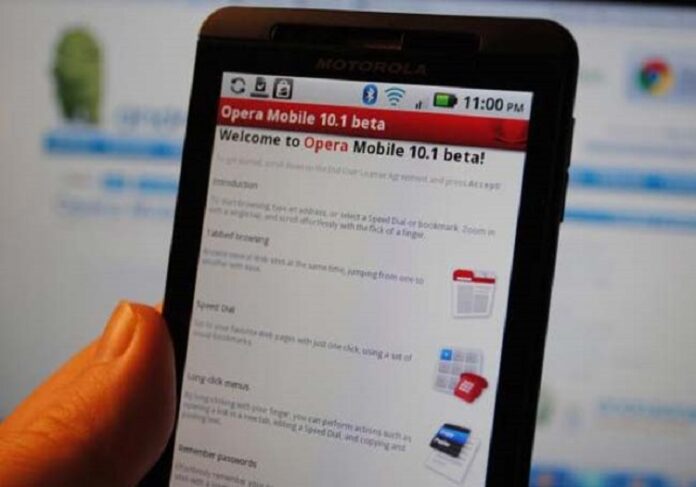 Opera, one of the world’s most popular mobile Internet browsers, decided it’s time join the war against IE, Firefox or Safari for smartphone supremacy. On November 9th Opera released a beta version of Opera Mobile 10.1 for Android devices. The browser is available at the Android Market at no cost and is very similar to the older Opera Mini browser but it also brings many improvements and new features.

Opera 10.1 Beta for Android is supposed to be a lot faster, due to its onboard rendering engine. Opera Mobile 10.1 also brings an improved, more user-friendly and highly customizable user interface. For starters, multiple tabs are now supported and quicker access to history and bookmarks is now available through different features, like the one Opera likes to call “Speed Dial”. Password storage is also among the new features on Opera 10.1’s list of improvements, which gives Opera the possibility to remember usernames and passwords for different web sites. This feature is turned on by default but it can just as easily be turned off as the password settings are really accessible for anyone.

Another important improvement done by Opera is the ability of the browser to synchronize with other devices like PCs or other Android powered devices that have Opera Mobile installed. Opera Link is a free service that allows the user to synchronize the bookmarks, notes or speed dial settings among all devices with Opera Mobile. Other features include pinch-to-zoom for touchscreen devices, download manager, smoother zooming and scrolling on pages, support for geo-location, multitouch panning and other features that are up to you to discover. The 10.1 version of Opera was launched about a week after Opera released the 5.1 version for Symbian devices, so it’s interesting to see how well both these version will perform and how well they will be received.