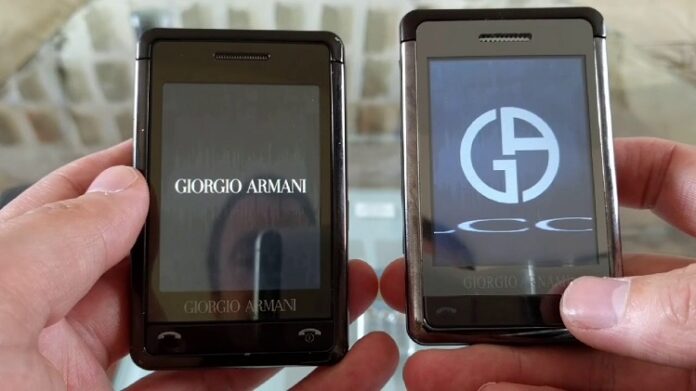 While some of Samsung Galaxy S’ versions are still working their way towards the Froyo update, such as o2’s version or Sprint’s Epic 4G, and the work for the successor of the S line, the Samsung Galaxy 2, is still in progress, Samsung still has time to come up with yet another version to add on their Galaxy S family. This time the smartphone will have Giorgio Armani’s fingerprints all over it.

A couple of days ago in Seoul, Samsung made an official announcement of the upcoming Giorgio Armani Samsung Galaxy S, the latest result of a long partnership between Giorgio Armani and Samsung Electronics. The device is going to be very similar to its relatives from the S family but it will also bring a very sleek Armani branded design and a customized Giorgio Armani GUI. The smartphone is going to be available starting December, being released firstly in Italy and afterwards in Netherlands, UK, Russia and gradually world wide in 2011. The device won’t come that cheap considering its €700 price tag but it’s that surprising if you come to think that it is designed for a select group of smartphone users.

The Giorgio Armani Samsung Galaxy S is obviously going to bear Samsung’s 4 inch Super AMOLED display completed by an exclusive Armani-patterned black metal cover. The 5 megapixel camera comes with a few interesting features such as action shot, add me, cartoon shot or smile shot it is capable of recording HD videos at 30 fps. The Android 2.2 (Froyo) gives you access to the Android Market and support for Flash Player 10.1 and you also get the Social Hub with integrated contacts, integrated calendar, widgets and unified inbox. The processor is clocked at 1 GHz and the memory consists of 16 GB expandable with microSD cards. Bluetooth 3.0, USB 2.0 and Wi-Fi 802.11 b/g/n will also be there as well as a bunch of cool sensors like proximity sensor, light sensor, accelerometer sensor a digital compass and in order to help you improve your writing skills on the virtual keyboard, SWYPE brought the Quicktype feature. Finally, all these features and components are encapsulated in a 64.2 x 122.5 x 9.9 mm shell weighing 123 grams. Sounds pretty neat for those who are willing to pay €700, but anyways, I can’t stop wondering what the screen would be like, since we recently found out that not all Galaxy S displays are created the same.