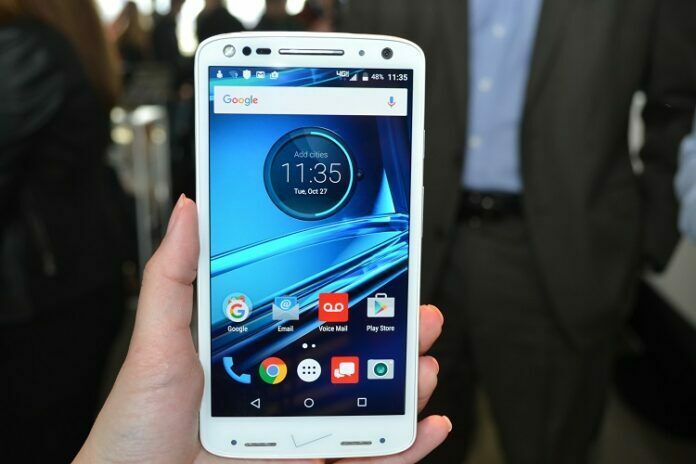 The awaited Motorola Droid 2 has huge shoes to fill after the undeniable success of its predecessor, the Motorola Droid, which turned out to be a best-seller. While Google’s Android is making progress with its Froyo upgrade, it seems Motorola have also been working on something to give to their fans.

It’s been months since rumors regarding the release of Droid’s sequel started to spread and it looks like we finally have some facts to comment on. Since the release of the first Droid, in October 2009, a lot has changed on the market and Android powered phones have come a long way, making the Motorola’s device trailing in terms of specs. The relatively slow processor of the Droid 1 (as we should start calling it, unless Motorola comes up with a completely different name for the sequel), a 550 Mhz processor, will be replaced as the new Droid will most likely use a 750Mhz one. Other specs include a 3.7”screen, 5 megapixel camera, 8GB of internal memory and a pre-installed 8GB SD card.

On the downside, the new Motorola Droid 2 will have no camera on the front and no HDMI port. To compensate, the new keyboard is sensibly tweaked: it lacks the old D-Pad and now looks a lot like the typical QWERTY keyboard. Another treat for the fans will be the new and improved MotoBlur implemented by Motorola on recent devices. It is yet to be determined whether Verizon and Motorola (who have recently signed a new contract) will decide Droid 2 will be running Android 2.1 or the “coming soon” Android 2.2 update.

Droidlife.com got the Motorola Droid 2 on camera

This is about everything we know about this expected gadget, the release date of the Motorola Droid 2 still being unknown. Yet, bear in mind all of these are still speculations and any of the presented specs could be slightly different from the real ones. It’s obvious Motorola took into consideration opinions and complaints received from fans and the new Droid will be a sensible improvement from the previous one, but the question is: Is it improved enough to handle today’s competition, which is obviously a lot tougher than it was last year?