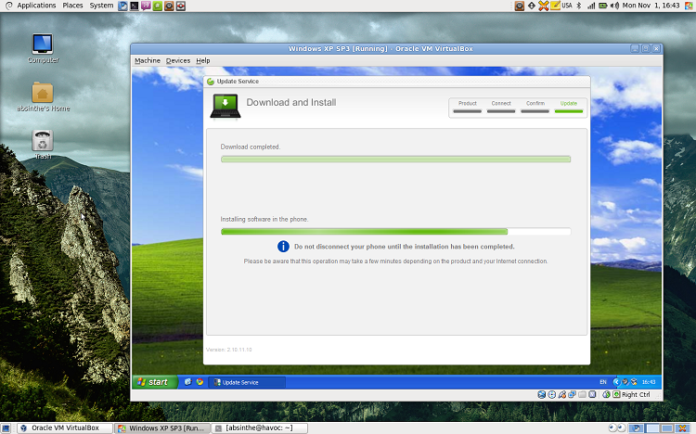 There probably isn’t a smart phone fan out there that hasn’t heard about Google’s Android. Also, you may or may not have become accustomed to the freakishly huge wave of updates from phone manufacturers that emerged in the last couple of weeks, or even months. This being said, along with the preparations that Google is making towards the release of a new version of Android, Sony Ericsson made an announcement concerning an OS update, to Android 2.1, for three of their smartphones from the Xperia X10 family: the Xperia X10, the X10 mini, and the Xperia X10 mini pro. Although some of the Xperia X10 owners out there might have hoped to get their hands on Gingerbread or even FroYo soon, they will have to settle for Eclair, starting with Sunday, the 31st of October, and some time in November, for the AT&T customers.

This transition to Android 2.1 has been so anticipated, that during all the delays, fans probably starting to get the idea that the Eclair might not really cut it for them seeing how there are better OS’s out there. However, better late than never, and better something than nothing. Some of the changes that come with this update target the HD video recording, improving applications, improving the Bluetooth, and much more.

Owners can expect the Xperia X10 mini and X10 mini pro to have a better Bluetooth functionality, with support for receiving and sending contacts, pictures and more. Also, you will be delighted to find out that there is a new backup and restore application with an extended back up content. Besides this, you will also benefit from automatic syncing of your contact pictures when connecting your phone-book to facebook, improved ways to handle numbers, text, audio and pictures in your messages, and evidently an upgrade for the Android platform to Android 2.1.

As to the Xperia X10, the update comes with HD video recording with continuous auto-focus for better videos, 5 home screens for widgets, applications, shortcuts and folders and a social phonebook which show when your friends are online through the automatically syncing of contact pictures from Facebook. Also, like the X10 mini and X10 mini pro, the X10 will receive an Android upgrade to Android 2.1 and a new backup and restore application with an extended back up content.

I for one think that you must be tired of waiting, so get on board with this update as soon as possible, because from where I stand it sounds like they have made quite a few improvements along the way, and they may be worth it. If you keep waiting for a better update, you might end up buying another phone by then, so it’s best that you make this one as good as it can be.

So, have you received your Xperia X10 Android 2.1 update yet ?