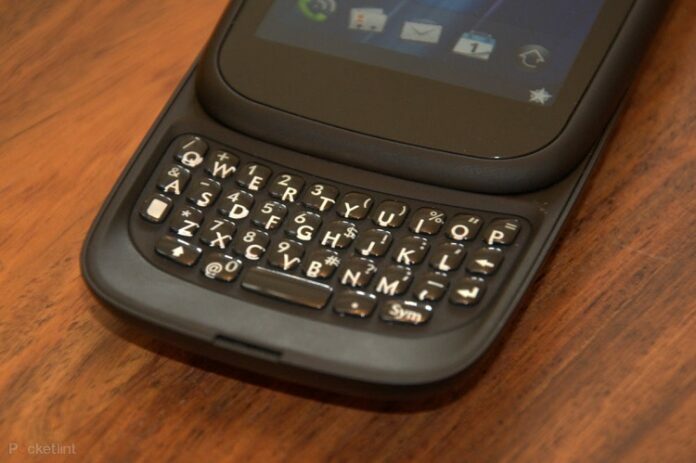 Just as we thought, HP is looking forward to making a big entrance on the mobile devices market by preparing the release of some WebOS smartphones. And it looks like they’re quite in a hurry, because the Palm Pre 2 has just become official. After purchasing Palm, and implicitly and more importantly the webOS platform, HP went right to work, and now the first webOS 2.0 phone is already on its way. The Palm Pre 2 was announced on October 19 with the French release date of October 22 via carrier SFR. The smartphone is supposed to hit U.S. also in the following months through Verizon Wireless and later in Canada with an unknown carrier. HP stated that the Pre 2 will also be available in the United States as an unlocked UMTS developer phone for building future applications and services for the webOS platform.

This slider smartphone was initially code-named “Roadrunner” and it is supposed to pack a 1 GHz processor and 512 MB of RAM. The 3.1 inch HVGA multitouch glass display works at the resolution of 320 x 480 px. The Pre 2 functions as a camera phone also using its 5.0 MP camera with LED flash, extended depth of field and geotagging. The storage capacity reaches 16 GB of flash memory and the phone has Bluetooth 2.1 +EDR and Wi-Fi 802.11 b/g connectivity. Proximity sensor, ambient light sensor, 3-axis accelerometer, Exchange support and GPS are also present. Dimensioned at 100.7 x 59.6 x 16.9 mm, this phone will be the third device to use Palm’s webOS and the first to use the 2.0 version of the operating system.

WebOS 2.0 is the most significant update to the webOS platform since its launch in 2009 and it brings some innovative and pretty interesting features along. The True Multitasking feature allows the end user to manage multiple open applications and notifications without closing anything and using natural touch gestures and with the 2.0 update of the OS Stacks makes things even simpler by grouping related items together for easier managing multiple tasks. The next cool feature lets you Just Type whenever you feel like emailing, texting, searching or whatever else kind of typing you want to do before you even open an app. Moreover, this is open to developers, which means developers can add their own user-customizable Quick Actions shortcuts by integrating this feature with the search function. With the HP Synergy feature you can connect to multiple web services, like Facebook, Google, Microsoft Exchange, Linkedln or Yahoo! and your information automatically synchronizes with your phone. Using the 2.0 update developers can now plug new Messaging, Contacts and Calendar application sources straight into the operating system. Exhibition will provide the opportunity to still use your phone when it is in charging mode. You will be able to run specific apps designed for the Palm Touchstone Charging Dock and developers will have something to say here as well by getting the possibility to create specialized apps. With webOS 2.0 you can now add to Favorites your preferred contacts for a quicker access to them. The updated platform also offers support for a beta version of Adobe Flash Player 10.1 and for Skype-to-Skype calls and messaging but the latter, Skype Mobile, is available only for Verizon Wireless customers and only as long as you’re in America. You will get better spelling check with webOS’ Text Assist feature and an all-new document viewer with Quickoffice Connect Mobile Suite. VPN is one of the most popular ways to connect to a corporate network and it’s present in the webOS platform as well. The Phone app is the best way for fast dialing and App Catalog is the best place to find and discover new apps. Facebook 2.0 is the place where you’ll meet and interact with your friends on the Pre 2 which is now much easier because webOS 2.0 supports Bluetooth keyboards and Bluetooth SPP peripherals. Least but not least, Palm Pre 2’s operating system allows developers to create services in JavaScript due to Node.JS. This doesn’t sound bad at all, so it’s worth keeping an eye on Pre 2’s evolution but meanwhile we’re still waiting to hear about that rumored webOS tablet.