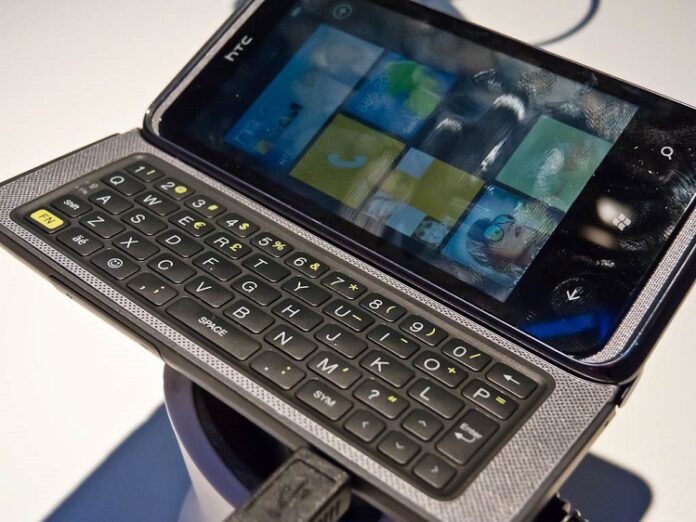 Since we’re so close to the arrival of the new WP7 platform, everybody wants a piece of this cake. From what we’ve seen, Windows Phone 7 made a great impression to the Taiwanese manufacturer HTC. Although we’ve known for some time now that HTC was going to throw a few pretty well equipped smartphones into this deal, such as the WP7 smartphone with the biggest display on the line-up – T-Mobile’s HD7, the 7 Mozart, the 7 Trophy, the 7 Pro or the 7 Surround, you can now even admire some of the future WP7 devices right on Youtube as they have their own CG clips.

If you were wondering how HTC 7 Pro is able to tilt your way after sliding its QWERTY keyboard or where does HTC 7 Surround hide its Dolby Surround Sound speaker, you can now satisfy your curiosity by watching these Youtube presentation clips. Although the release date for the Windows Phone 7 OS is right around the corner, most beneficiaries will be the Europeans, as most of the WP7 smartphones will be hitting America a bit later.

HTC 7 Pro, for instance, is due to arrive firstly in UK and afterwards to spread around the rest of the European continent with a release date as close as early next year. But this is actually an exception, as the 7 Pro is also expected to arrive at the American carrier Sprint by the same time as the UK launch. As though this “exact date” wasn’t enough, we have no clue regarding the price tag for this device, but we can assume that it won’t quite fit everyone’s budget since the phone has some pretty decent specs. The Snapdragon processor will be clocked at 1GHz and the memory will consist of 512 MB ROM and 512 MB RAM. With dimensions like 117.5 x 59 x 15.5 mm and weighing 183.5 grams, the HTC 7 Pro is hiding a tilt-sliding QWERTY keyboard under the 3.6 inch WVGA 480 x 800 px touch screen. The 5.0 megapixel camera with autofocus and LED flash has 720p HD video recording capabilities. In addition, you’ll get Bluetooth 2.1 with A2DP for wireless stereo handsets, Wi-Fi 802.11 b/g/n, microUSB 2.0, all sorts of sensors, like the motion G-sensor, the proximity sensor or the ambient light sensor, 1500 mAh battery and other interesting stuff.

On the other hand, the HTC 7 Surround is expected for release starting this November from AT&T and Telus. This smartphone features Dolby Mobile SRS surround sound support within a 3.8 inch touchscreen display with the resolution of 800 x 480 px. Measuring 119.5 x 61.5 x 13 mm and weighing 165 grams, the device is powered by a 1 GHz processor and has access to 512 MB of ROM memory and 576 MB of RAM memory. The 5 megapixel camera is quite similar to the one seen on the 7 Pro, also being capable of 720p HD video recording. Bluetooth 2.1 and Wi-Fi 802.11 b/g/n connectivity are present as well. Again, no pricing scheme is available yet for this device either.

HTC isn’t the only manufacturer eagerly waiting for the release of Windows Phone 7. Such smartphones as Dell Venue Pro, Samsung Focus, LG Quantum, LG Optimus 7/7Q or Samsung Omnia 7 are also going to use Microsoft’s operating system. But until now, HTC seems to really put their trust into the WP7 platform, so let’s hope they won’t be disappointed.