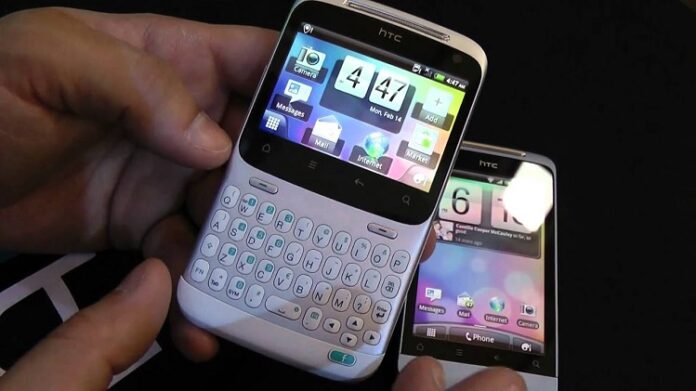 At the Mobile World Congress 2011, manufacturers keep on rising to the expectations and don’t seem to disappoint any category of them tech geeks that are eagerly waiting for every new high-end device announcement. On February 15, HTC announced two new smartphones designed entirely for social purposes. The HTC ChaCha and the HTC Salsa have officially been announced by HTC and seem to confirm the recent rumors regarding the future appearance of a “Facebook Phone”, although there is still room for doubt whether or not one of these two handsets is actually the one that has been rumored. Still, these two smarpthones are promising to deliver a great social integration throughout the latest iteration of their own HTC Sense User Interface.

The most noticeable innovation that HTC ChaCha and HTC Salsa bring is the presence of a dedicated Facebook button for one-touch access to various Facebook key functions. This button is context-aware by being able to announce every opportunity of a possible content sharing by gentle pulsing with light and it is capable of updating your status, of uploading photos, of sharing a post or a song you are listening to and more with just a single press.

Both the HTC ChaCha and the HTC Salsa will come with version 2.3.3 of the Android Gingerbread operating system and the latest version of HTC’s Sense UI. The ChaCha smartphone has a unique tilt design which incorporates a 2.6 inch, 480 x 320 display and a full QWERTY keyboard. The handset is capable of capturing HD photos with its 5 megapixel primary camera and it also offers video conferencing capabilities due to its VGA secondary front-facing camera. The Salsa lacks the physical keyboard but it houses a 3.4 inch, 480 x 320 display. It also has both a 5 megapixel rear-facing camera and a VGA front-facing one.

HTC announced that both these smartphones will become available in Europe and Asia with the release dates somewhere around Q2 2011. Thus far, only Vodafone announced their involvement in selling the HTC ChaCha, so we’ll just have to wait and see where else these handsets will land. As for the American market, HTC plans to introduce the ChaCha and the Salsa later this year exclusively with AT&T.