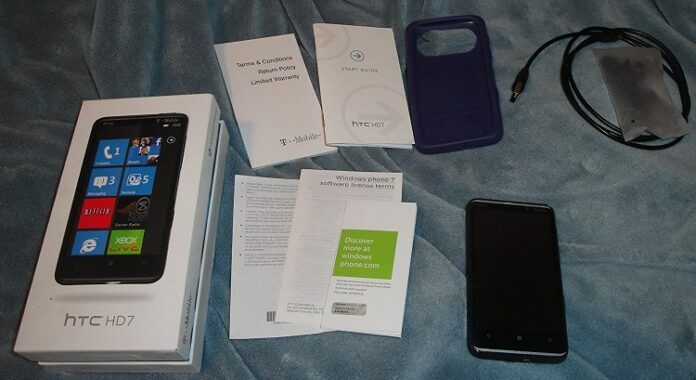 Nowadays handsets are being released all the time and while some producers make the release dates public, others prefer to keep these kind of details to themselves, until everything is in place. It is the latter case, when rumors make their way amongst fans and leaked information becomes more and more precious. This time, it looks like TmoNews got their hands on a photo of a list of accessories, amongst which many are yet unreleased, including some for the much awaited Windows Phone 7 devices.

The list belongs to the US carrier T-Mobile (which hasn’t mentioned anything new about the supposed merger with Sprint) and features many phone accessories and more interestingly, their shipment dates. The most interesting items on this list are without doubt the spare cases for the HTC HD7, one of the first Windows Phone 7 smart-phones that are expected to come out. The date set for the shipment of these cases seems to be set for November 1st and we can only speculate that it would be pointless to bring spare cases without having the original phones, in the first place.

Other products worth mentioning are accessories for the LG Optimus T, also expected on the 1st of November, Dell Clair and BlackBerry Bold 9780, due on November 15th and Motorola Begonia, announced for November 1st. The last existing phone, expecting spare pieces on November 1st, is referred to as the “Comet”, but we don’t know what manufacturer it belongs to. We also haven’t heard anything about any device called Dell Claire, so it might either be a surprise put together by Dell and T-Mobile, or just the code name for one of the phones we already know something about.

Although nothing has been confirmed yet, it is obvious that the devices should be available at least at the same time, if not earlier that their accessories. Maybe this leaked photo will determine the guys over at T-Mobile to make some official announcements regarding the release dates of these handsets. We should also stress that these dates aren’t the release dates for the phones itself; they’re actually not even the dates the pieces themselves will be available in stores. The respective days are the ones that shipment for the above mentioned products is expected to start and this can be up to a month before they will be available for sale. Furthermore, if these figures are true, we must point out that T-Mobile isn’t doing so badly after all, with a lot of surprises installed for us, just before the winter break arrives – funny we’re already talking about the winter break, with the summer one barely ended.