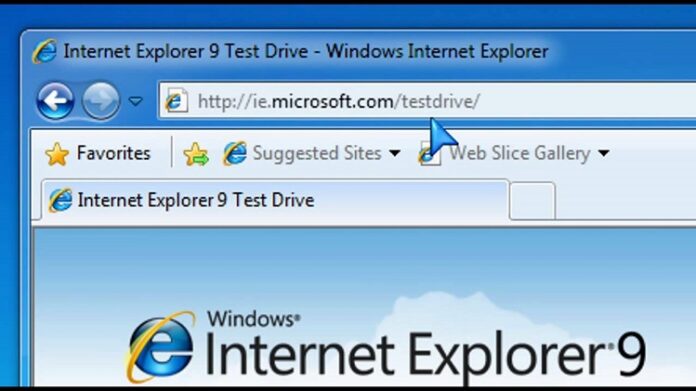 After a few preview releases this year, Microsoft finally launched the latest version of their renown browser, Internet Explorer 9 (only beta, at the moment) at the Beauty of the Web event. IE 9, although still the top internet browser in terms of users, has been slowly losing ground in the past years in front of its competitors, Chrome and Mozilla.

Firstly, you’ll be surprised at how the new IE looks. It’s more polished and its interface is really good, with a more minimalistic monochrome look, that goes really well with Windows 7. However, Microsoft also made some weird choices, such as the placement of the address bar; it reduces the space available for tabs, which was already insufficient, and sometimes you even can’t see the whole url.

It seems to me tabs become unreadable too quickly. You’d say the other browsers have the same problem, but bear in mind that IE 9 beta curiously misuses about a third of tab space with the address bar. Tab overflow is fortunately possible with IE 9. Microsoft also introduced the tab page, just like the one from Opera or Chrome. It is a page which shows the most visited sites (as favicons, not as miniatures), and includes a usage indicator (kind of useless, unless you’re a statistics-fan). One thing I really like is that if one tab should crash, it will be the only one to do so, not the entire browser. IE 9 also features a download manager.

Another oddity, this time rendering-related, is the way fonts appear on some sites. They seem pixelated, probably because of the new feature of font-rendering, which is hardware-accelerated.

If your computer runs on Windows 7, you’ll get the most out of Internet Explorer 9. You are now able to pin any website on Windows 7’s taskbar. You will see the site icon somewhere in the top left of the window, and it will function as a home button. The ’back’ and ’forward’ buttons will change color depending to the website you are currently viewing.

Overall, the UI of Internet Explorer 9 can be considered an improvement, although it has some strange elements. If you like Chrome or Mozilla, you’ll probably remain loyal to IE’s competitors, but those of you with no clear preferences will probably like this new addition to the IE suite. If you decide you want to try it, download it from Microsoft IE’s official website.