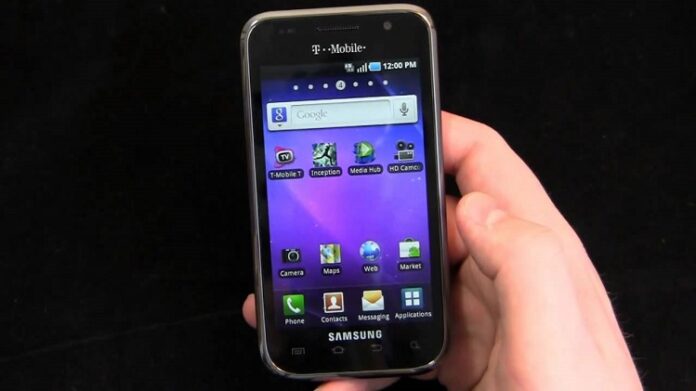 T-Mobile’s first 4G smarphone capable of reaching downloading speeds of up to 21 Mbps is now ready and set to hit the market. All that was left unrevealed about the Android powered Samsung Galaxy S 4G aka Samsung Vibrant 4G was the price with which it was going to be launched. Courtesy of AndroidLife, which were able to obtain a valuable picture from the insides of Walmart, we can now estimate the price of the Galaxy S 4G (release date: this month at T-Mobile). The Samsung Galaxy S 4G will cost $148.88 on both a 2-year contract upgrade and a new 2-year service agreement. Mind you that this is merely the price that Wallmart has set for this device and we expect T-Mobile’s own prices around the release date which will most likely differ a bit.

With this new bit of information, we now know just about everything there is to know regarding the upcoming Samsung Galaxy S 4G. A while ago, the device was officially announced for a February release date exclusively from T-Mobile. Although there was no specific date mentioned, rumor has it that smartphone will “see the light” around February 23rd. Running on Android’s Froyo platform, the Vibrant 4G is powered by a 1GHz Cortex A8 Hummingbird processor and owns Samsung’s Super AMOLED display at the size of 4 inches. The 16 GB preinstalled memory card is most likely capable of storing almost as many pictures as needed taken with the 5 megapixel camera. What’s a little bit more surprising is the fact that the smartphone will come preloaded with the movie Inception, which is kind of useless if you ask me, but it could turn out as a good marketing strategy after all. We’re anxiously waiting to see if T-Mobile’s Samsung Galaxy S 4G is really capable of delivering all those 21 Mbps promised and if T-Mobile themselves will be able to keep up with their plans to expand “America’s Largest 4G Network”.