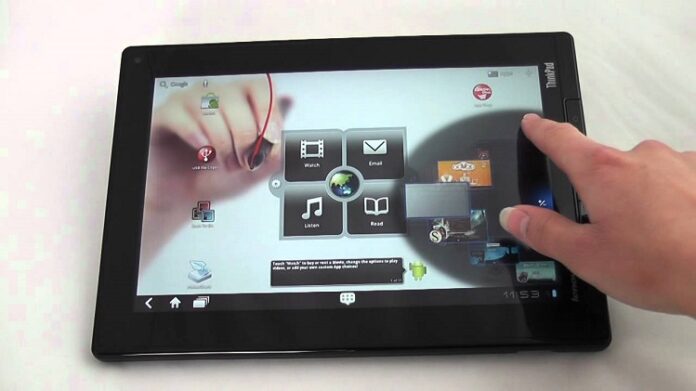 This summer we have experienced quite a wave of announcements about tablets. Some of them became reality, some of them not, some of them were to expensive, or not powerful enough, or just didn’t feel right. Also, despite what Google said that Froyo will not incorporate the „good stuf”, manufacturers, racing to get their tablet out to the public didn’t stop and listen. But then comes Lenovo, stating that they have something different, a better Tablet. And it looks like it’s true.

Lenovo announced, according to MobileBurn, that they decided their tablet to run Honeycomb. Many of you might wonder what they are thinking, seeing how Google doesn’t even have a due date for Honeycomb, and we haven’t seen the long awaited Gingerbread yet. And i would have to agree with you, it does sound kinda’ crazy. However, if you get past the craziness, it sounds pretty cool. A Tablet running Honeycomb might be the Tablet to choose. However, as you might already know, Samsung announced at IFA this year that the Galaxy Tab will be upgraded to Gingerbread, but they might have another gadget in mind for Honeycomb. And I for one am inclined to listen whenever Samsung gives us this little „rumors”.

So, to recap, Lenovo has Le Phone going to China, the tablet that hits the market mid or late 2011, and also „possibly a US phone coming out”. There are many Android fans out there, so the question is: will you stick with your OS if you get a Tablet, or are you willing to spice things up? Honeycomb is definitely real, and if we trust Lenovo, so is the Tablet running it. However, is it THE Tablet? Is the searching and comparing finally over? Or will it ever be? Is there such a thing as „the perfect Tablet?”. Well, if you take even a quick look at any device on the market today, there is no such thing like a universal perfect device, because customers and users have different tastes, needs, and preferred manufacturers.