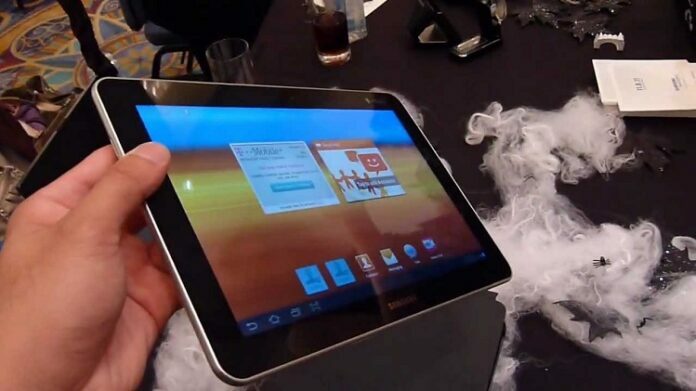 Tablet PC lovers don’t have long to wait before they can plunk down some serious dollars down for the new T-Mobile Samsung Galaxy Tablet. Amazon.com is allowing users to pre-order the Samsung Galaxy Tablet for $699. While the Tablets won’t actually ship until November 10th it is still expected to be in high demand and the best way to ensure that you will actually be able to get it once it hits the market is to pre-order.

It should also be noted that the current price listed on Amazon is actually $50 lower than the suggested retail price and could mean that the price will increase at some point if you try to wait out the actual release. The Samsung Galaxy Tab will run on an Android Operating system and will have much of the functionality that Android phones display much the same way that the iPad is in many ways a much larger iPhone. Of course much like the iPad the Galaxy Tablet will most likely go above and beyond what the existing Android phones including having the ability to view videos and photos in true high-definition formats.

Also like the iPad this is really the first chance for most people to see what an Android Tablet can do and it will be the first real chance for business insiders to see just how much competition Apple is going to be facing in the coming years as more and more companies launch their own Tablet PCs.

It should be noted that one of the reasons this particular Samsung Galaxy Tablet is so expensive is that while it is technically available through T-Mobile it comes without a data contract. Most indications are that the Galaxy Tabs can be had for almost half that price as long as consumers are willing to tack on a two year contract. The tablet that is available is of the seven inch screen variety, and while Samsung says a 10 inch screen will be available sometime in 2011 it is not ready for purchase just yet.