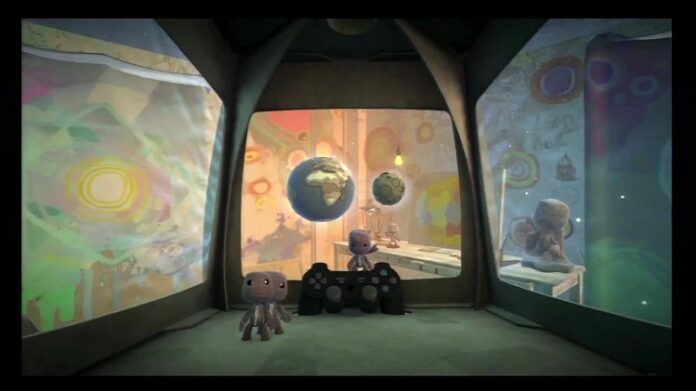 – Play: you are on a planet with lots of levels, short or long, easy or hard that await to be explored.
– Create: you get to create your own games with a powerful editor.
– Share: you can share what you’ve created online with everyone.

LittleBigPlanet 2 comes with lots of exciting new features that will cause you insomnia since you won’t be able to take your mind off it and all of its possibilities.

Some of the new features are:

– An improved game engine with elements borrowed from the God of War 3 game engine.
– Advanced camera system, which allows you to play or view your creation from any point of view.
– Vehicles can be steered with the help of the PS3 motion based controller.
– 30 new developer levels with over 75 new costumes and sticker packs.
– A new power up called the Grappling Hook that transforms you in some kind of Spider-Man.

– LittleBigPlanet 2 comes with some user programmable drones called Sackbots that react to Sackboy’s (your) actions.
– The editor has some new cool and easy to use tools that allow you to create racing, shooter or strategy games and even movies without breaking a sweat. Some visual tools have been added to the editor like adjustable lighting and an improved color palette.
– Thinking about creating a movie? You can use Playstation Eye to create recorded voiceovers and then use them in your movie.
– LittleBigPlanet 2 has a longer campaign and players have the ability to link stages to create bigger levels or campaigns, so instead of being redirected to the pod, the next linked level will start.
– The game has better graphics and physics with detailed backgrounds and better texturized models, things that improve the overall experience.

LittleBigPlanet 2 To Be Released This Winter