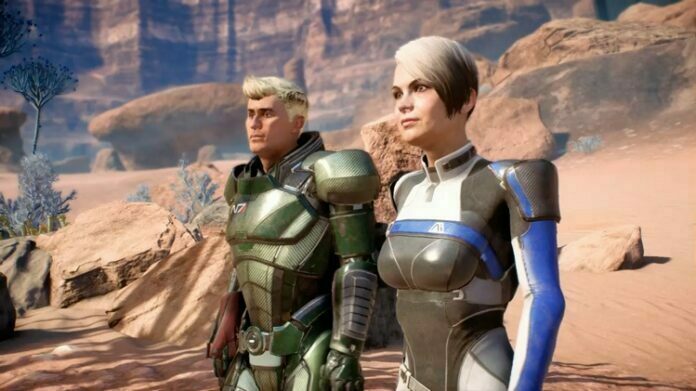 Mass Effect 2 is a futuristic RPG that let’s you become a Space Gandalf (without the staff and of course with tight Star Trek body suits). Here is a simple guide that helps you mine better and faster then you already did. The Sequel to the highly anticipated Mass Effect widens the limits of Biowares newly created Universe. A universe so complete and complex, that makes you wonder:”Why wasn’t I born there?” (The game has its own damn fully incorporated Wikipedia).

Do you want to be the Donald Trump of Mass Effect 2? Take a close look at what I have to show ye.

–Preparation: When you’re planning to mine a system, a very big advantage for mining in that system is a Fuel Depot. You need to stock up with mining probes and a lot of fuel.

Make very good use of this because it will cut down your time spent running for fuel drastically. HINT! You should find a Fuel Depot in any system that has a Mass Relay. To stock up fuel just move your ship to the Fuel Depot and in the bottom left corner of the screen you can see what do you need.

–Scanning: To mine a Planet, you first need to see the planets mining rating. This rating help you decide if a planet is worth or not mining. The rating can chance hence mining a planet will reduce its rating. First thing to do when orbiting a planet is checking the scanner rating. On the left you will see that planets’ mining rating, a graph and how many minerals you already have. The graph will fluctuate whenever you scan a “hotspot” of minerals on the planet. This means that you just found a mineral node.

-“Patience is a virtue”: Don’t just sweep the planet’s surface. Be patient, scan the planet gently, the difference between a rich node and a poor one can be only millimeters. If you want to scan a little bit faster, move the mouse opposite to the rotation of the planet.

–Upgrayedd: Researching the mining upgrades on the Normandy can drastically improve your mining efficiency. Also upgrade your probe storage capacity, the speed at which you can scan a planet. These upgrades will definitely increase the rate at which you’re mining.

The Goodies: There are four types of resources that you can use to upgrade items. These resources are: Element Zero, Iridium, Platinum, and Palladium. This is also the order of rarity with Element Zero the rarest, and Palladium the most abundant. Here are some details about every resource in particular:

Element Zero– the hardest to find, you can use it to upgrade Biotics and respect later in the game.

Iridium– the second rarest resource in the game, you can use it to upgrade weapons and your ship a.k.a. “Normandy”.

Platinum– is the “Jack of al trades” resource; you can use it at almost everything, except toilet paper. Palladium– the most abundant one, this is used for upgrading your armor.