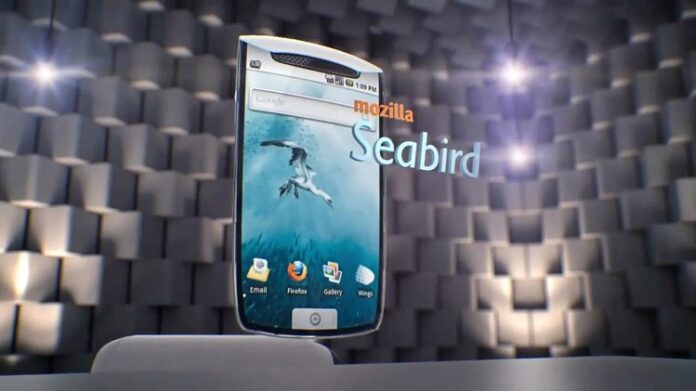 Mozilla labs is one of the projects that promises to work for and towards the future more openly than any other seems to. It is a virtual laboratory that allows the development and testing of practically any high tech devices or experiments, including the creation of a huge platform supporting immersive gaming on the Web. One of the projects that have caught our attention lately is part of the Concept Series (which allows everyone to share opinions and bring forward ideas that can help reach the target) and is called Mozilla Seabird. The credited Billy May has collaborated with Mozilla in order to design an “Open Web Concept Phone” that revolutionizes the whole idea smart-phones.

There’s really no point in saying more about Billy May, as the Portfolio available on the site is more than enough to make anyone understand his talent and amount of knowledge. Instead, the Mozilla Seabird is more than worth the trouble. This device makes you think that if it ever came to reality and would ever be available in stores, it would practically render most of the electronics in your house useless. The components on the handset are incredible, featuring an 8 MP camera, an embedded Bluetooth dongle, 3.5 mm Audio Jack and the possibility to charge the phone through wireless charging. Furthermore, the two Pico Projectors are used to enhance interactive typing and for the 960×600 pixels display they can provide. From the short glimpse of the operating system, it seems Google’s Android is the chosen one for this magnificent prototype and the one that is expected to develop the most in the midterm future.

During the short presentation of some software features, operations that can barely be done on laptops or tablets are shown as available through the Seabird. The Infra Red Touchpad Area and the projected keyboard just put the cherry on top of everything. I’d really like to comment more on this, but it just seems pointless as the movie says enough. I just hope we’ll get to have one of these in stores soon… asking for a decent price would be too much I guess. Unfortunately if it comes, it won’t be from Mozilla, because their FAQ reads clearly they don’t have plans to produce such a phone.