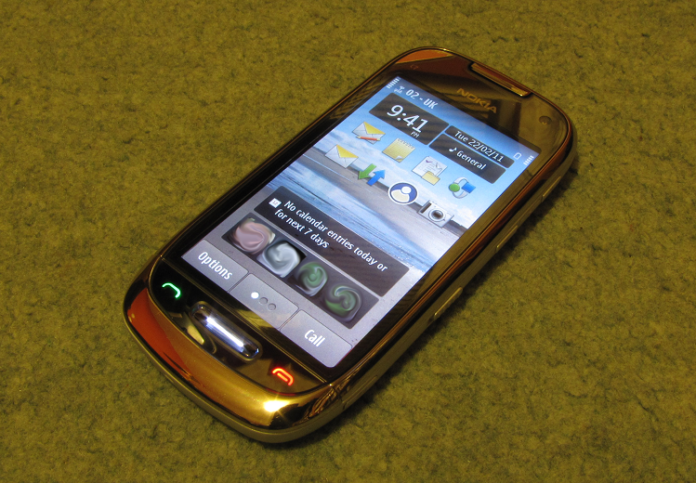 Although the number of Android based smartphones is increasing rapidly, Nokia’s Symbian still manages to maintain its place into the front row. Having the disadvantage of a late release, the Android OS made quite an impression on the high-end devices market and recently even Windows Phone 7 made a good impression gaining some trust from different manufacturers, notably HTC, but Nokia hopes to regain some momentum with the newly launched Symbian^3 platform. The first phone from Nokia to bear this operating system was the much expected N8, but others will follow shortly. Nokia C7 is one of these smartphones that comes with Symbian^3 preloaded and it will be available shortly.

Nokia C7 might not be as anticipated as the N8 but it still brags with some pretty decent specs that could sound appealing to both loyal Nokia customers and newcomers. Its 3.5 AMOLED capacitive touchscreen with the resolution of 640 x 360 px hangs on to a stainless steel and glass chassis. The 680 MHz processor is an ARM11 and the internal storage capacity consists of 8 GB with support for MicroSD card of up to 32 GB. A nice touch from Nokia is the 8 megapixel camera equipped with autofocus and that secondary VGA camera ideal for video conferencing. The C7 isn’t doing that bad on the connectivity side either, as it comes with Bluetooth 3.0, Wi-Fi, 3G support as well as GPS and A-GPS. The 1200 mAh Li-Ion battery is supposed to last for up to 552 hours of standby time and 9.3 hours of talk time. The stainless steel and glass carcass measures 117.3 x 56.8 x 10.5 mm and weighs just 130 grams. With the new Nokia C7 and its Symbian^3 platform you’ll get access to thousands of apps at Ovi Store.

Pre-orders for Nokia C7 in the UK started just a few days ago with the price of £389 unlocked and shipments have already began but the arrival date is expected to be October 25. The phone won’t be available at carriers until November 21st and for now we’ve heard that only T-Mobile UK and Vodafone UK are going to carry this device but it’s rumored to soon make its appearance at Three and Virgin Mobile as well. Other phones from Nokia that are meant to propel the Symbian^3 platform are the E7, the C6-01 and, obviously, the N8. Can’t wait to see how this version of Symbian will be perceived and how well it will cope with the war against the upcoming Windows Phone 7 and moreover, with the already solid Android platform.