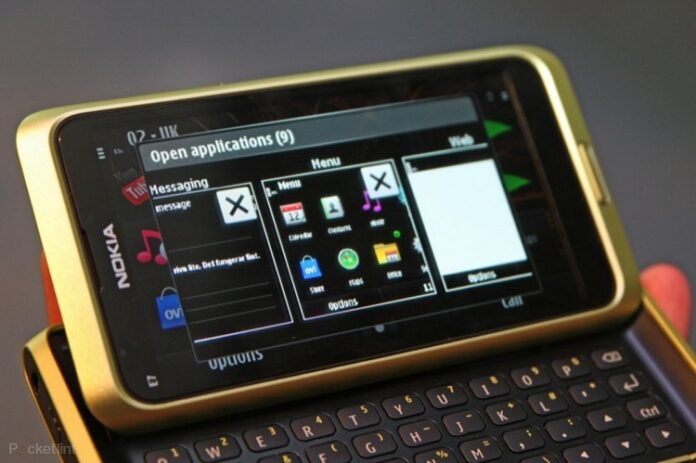 With all the recent activity on the smart-phone market, it feels like Nokia are starting to lose some ground and it is time for some “fresh meat” to be delivered to the fans all over the world. In an attempt to consolidate their position as handset leaders, Nokia have announced the E7 phone, during the conference held in September 2010 in London. At that time, no specific release dates had been made public and enthusiasts have had to wait until now to find out that shipping for the latest gadget will begin in December this year.

One of the strong points of the Finnish manufacturer is that Nokia phones cover all the market, providing everyone with more than one choice, no matter the preferred price range or physical specifications. We’ve seen interesting combinations amongst models and it seems like the new E7 has been designed like a Nokia N8 that has a sliding keyboard. Similar to the N97 and N97 mini, the E7 has a slick look, that goes very well with a business phone, but still offers owners the possibility to customize the device, in order to make it more user friendly. The new keyboard is obviously a QWERTY one and has been designed in order to offer full functionality along with well placed keys. The auxiliary symbols can be easily read due to the fact that they have been painted in phosphorescent yellow, adding to the classy, yet futuristic appearance of the phone.

On the hardware side, the phone is meant to challenge the senses of those in love with high-speced devices. The 4 inch AMOLED display is able to put up a 640×360 resolution and the capacitive touch screen allowing full handwriting recognition will enhance the user-phone interaction. For those preferring physical keys to the ones on the touch-screen, the sliding keyboard will probably save the day whenever summoned. Nokia have equipped the E7 with two cameras, a VGA one for the front side and an impressive 8 MP with auto-flash for the rear. Fans won’t need to worry about the lack of space to save their music or photos, because the phone offers 16B of internal storage space that can be extended to 32GB. Compatible with HDMI, Bluetooth 3.0, USB, FM Radio and Integrated GPS, the E7 will raise no problems in terms of connectivity.

All the technical specs sound great, but they’re worth nothing as long as there’s no operating system to put the pieces of the puzzle together. Nokia have chosen the Symbian 3 OS to act as a mediator between the user and the components. It’s a tested and over-tested platform, that has proved trust-worthy and fans will be glad to be able to enjoy its features. Like most of the recently released Nokia handsets, the E7 can be upgraded, customized and personalized through the Ovi App Store that has reached an impressive number of available apps, games and updates.

The exact release date for the Nokia E7 can be determined visiting the official Nokia site, as the date differs from region to region. The general timeframe for these releases will be the end of the year, shortly before the holidays and right in the middle of the shopping spree that comes around every year during the winter break. It’s a predictable move that comes to ensure Nokia that sales will continue to go well and that fans don’t forget that despite the fact that the manufacturer has recently released some lower end devices, business phones haven’t been ignored either. We’ll get back to you as soon as the phone will be in stores and reports will start coming in.