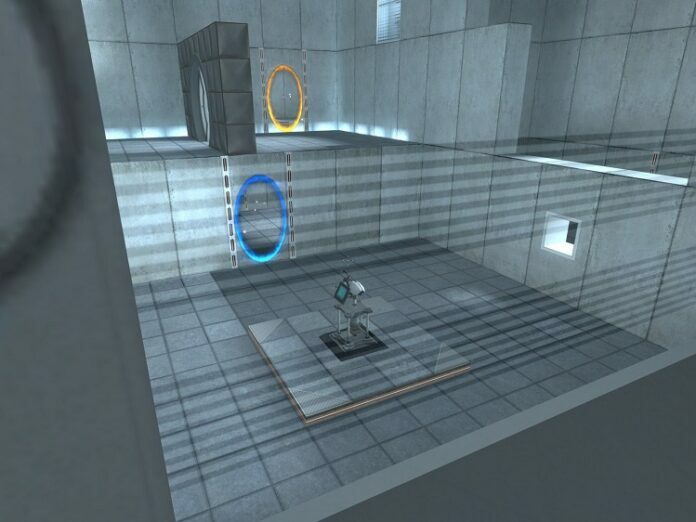 In a rather surprising move, Valve has just announced that anyone can download Portal for free until May 24. Even better, Portal is now also available on Mac. And as you could notice from the announcement page, the guys and gals from Valve are not only one of the most innovative videogame producers in the world, but they can also be quite funny.

The award winning Portal is a First Person Shooter that makes you think. If you are more interested in a Rambo-like approach, Portal is not for you. On the other hand, if you think you’re smart and that you can use that quality to work your way around a FPS, download Portal and you might change your mind.

The thing about Portal is that it is the first game to properly implement, oh well, portals. And not just some Diablo-style teleportation portals, but ones that can be created exactly where you want them (floors, walls, ceilings, etc). The thing is that gravity and momentum are also in the mix. An object or character exiting a portal will preserve the momentum it had entering the portal. As you can imagine, in Valve’s (now free to download) Portal, this makes way for a myriad of new ways of solving an otherwise impossible puzzle.

Portal up for free download on Steam until May 24. Valve has reasons to brag.

If you have no idea what I’m rambling on about, this gameplay video should make things clear:

It is really of no wonder that they’ve decided to brag with the 70 Game of the Year Awards that Portal has won.