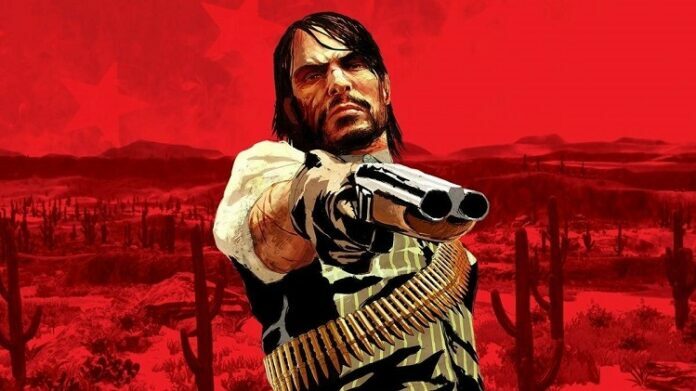 The American Wild West has been pretty much ignored by videogame makers, with only a few games standing out. Now, with the release of Red Dead Redemption, things have radically changed. This is indeed a game created with passion and hard work, not to mention the sheer talent of the producers. It will be new standard – not only for Western games, but for action games altogether.

On May 18 2010 Rockstar released its newest gem – Red Dead Redemption- a game that does great in combining your favorite western movies with Grand Theft Auto’s mission structure and freedom of movement. Sadly for PC users, it has only been released on X-box and PS 3. Both version are available for $59,99 at Amazon (you also get a $20 coupon for the next video game purchase).

So, let’s start our Red Dead Revolver review with a few words about the game’s main character, a former outlaw called John Marston. In 1911, his family is threatened by federal agents and he is forced to hunt down his former gang partners including the leader, Bill Williamson, to save the lives of his beloved.

Marston is a character from a time when the Old West was dying slowly, to be replaced by the incoming progress of big cities. He tries to rescue his family from the haunting ghost of his outlaw past. The world he lives in is rendered very convincingly, you’re basically teleported in that time period. The game is very realistic too – the good and evil intertwine, they fight one another, and the latter can also win.

The open world structure allows players to choose how they want to play. Gamers can progress only through storyline missions. Beside the main storyline, players can take part in different events they encounter as they explore the setting. These include public hangings, ambushes, pleas for help, and animal attacks. Players can also perform optional side activities such as gambling, standoffs, and hunting animals (Read Dead Redemption hunting got a lot of pre-release hype).

When on foot, you can move around, conversate, shoot and kill ( it is a western game after all), ride different breeds of horses, and interact with the environment in multiple ways. Marston can’t swim, so gamers will have to ensure that he doesn’t enter deep bodies of water.

The game features an interesting morality system – players gain positive or negative ‘honor’. Some of the ways to attain positive honor include sparing an outlaw’s life instead of killing him, or saving a kidnapped innocent. Negative honor is “obtained” when committing murder or by stealing. This works along with the fame system, which establishes how people react depending on Marston’s honor status.

Through Red Dead Redemption, Rockstar manages to remind us that much-too-discussed present issues like racism, immigration and government power actually stem from an era long gone and that they are embedded in the American culture. It is truly an elaborate game. In all its aspects.

Combat and gunplay are the main course of your Red Dead Redemption dinner. Gunfights are rendered using a 3rd person system that allows the player to take cover, blindfire, and free aim. Particular body parts can also be targeted- which is great when you don’t want to kill your foe. Marston has a wide arsenal of weapons to choose from: revolvers, primitive machine guns, lever or bolt-action rifles, knives, sticks of dynamite, Molotov cocktails, gatling guns, shotguns, and even cannons. He can also use the lasso.

Red Dead Redemption also has a combat feature with reminds of Max Payne: the player can slow down the world when he wants a more accurate shot or series of shots.

Red Dead Redemption also includes an online Multiplayer mode, where upto 16 players can gather up. Each and everyone of these multiplayer games will start off with a breathtaking Mexican standoff – surviving players will then move around freely to settle their business with respawning enemies. Rockstar announced that starting with June, they will be offering downloadble content, including new missions.

Red Dead Revolver is truly a game ahead of its time and it’s hard to find some negatives. The world is maybe too large and too empty as opposed to the stressful, claustrophobic GTA city setting, but it’s the Wild West after all. Also, errand missions can get on your nerves at times, although Rockstar was inspired when they introduced an inter-mission checkpoint system. John’s inability to swim can also be considered a con.

Gamers will surely overlook these minor flaws in Red Dead Redemption as they will experience a definitely unique sensation as they play one of the most complex and pleasantly addictive games ever released.