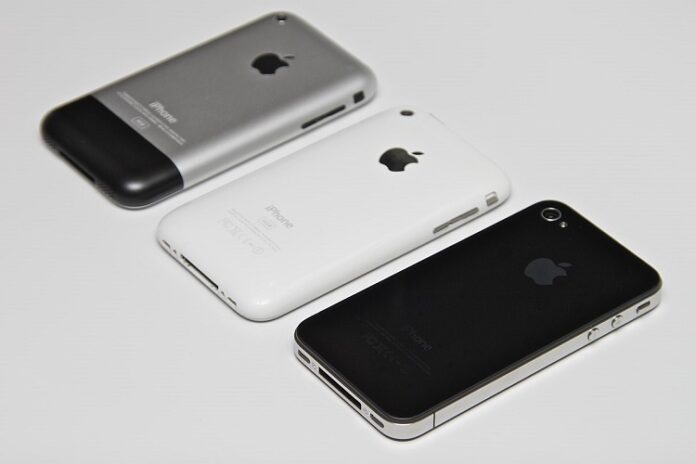 “Instead of targeting 25 percent of the global mobile- phone market, Apple would be going after 100 percent,” said Charlie Wolf, an analyst at Needham & Co. in New York. And how can Apple do that exactly? By making smaller, cheaper iPhones, of course. A recent report from Bloomberg reveals that Apple is working on a smaller line of the iPhone, meant to be sold cheaper in an effort to capture the smartphone market in developing countries, and be able to compete with cheaper Android phones. Seeing as Google Android now sees 32.9% of shares in the global smartphone market, this is a smart move by Apple. And it looks like there’s a chance we won’t be waiting too long for the smaller iPhone; The Wall Street Journal reports that Apple is aiming for a summer “mini iPhone” release date.

The new device is said to be a third of the size of the regular iPhone, significantly lighter, and is designed with an edge-to-edge screen to maximize the space available. It would be equipped with a virtual keyboard and voice-based navigation. Apple fans don’t have to worry about sacrificing quality, though – the smaller iPhone would be fitted with the current iPhone’s innards. This means most of the technical specs of the current iPhone would be retained. Apple would be able to sell the smaller phones cheaper, because phone components depreciate in price over time. Without any carrier tie-up, the smaller iPhone could reportedly sell for as little as $200; with a carrier, it could come free with the usual two-year contract.

Besides the smaller iPhone, Apple is also working on an update to the Apple iPhone 4G. CNET says this indicates that the new regular-sized iPhone could be the iPhone 4GS instead of the iPhone 5. Additionally, Apple is also working on a dual-mode phone that accommodates two wireless standards – GSM (used by AT&T and most overseas carriers) and CDMA (used by Verizon Wireless). This universal SIM capability is certainly good news for those who travel a lot, and although we were initially concerned that the device would be expensive without carrier subsidy, WSJ reports that it would be affordable.

As all Apple leaks prior to this, expect more rumors and theories until an official announcement is made.