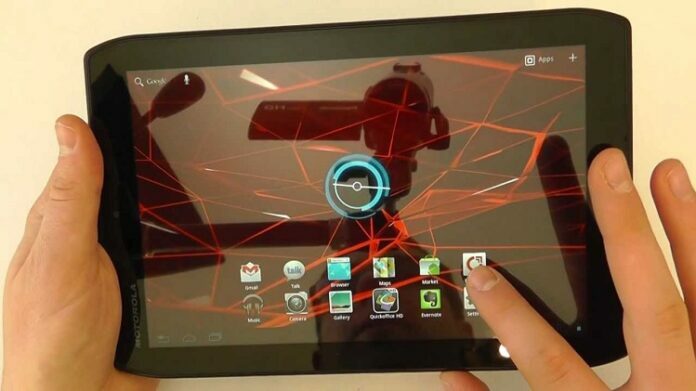 Ever since we took out first look at the world’s first Android Honeycomb tablet, the Motorola XOOM (introduced at CES 2011), the Internet was stormed with all kinds of leaks and rumors concerning the release date and price plans for the promising device. The latest leak come, once again, from Best Buy, but this should actually be categorized as a joke, since Best Buy claims that after the February 17th preorders the tablet will cost no less than $1,199. This sounds kind of outrageous especially since Apple is rumored start selling an entry-leved version of the iPad 2 for just $499, which means that Motorola really needs to reconsider their strategy, if this is going to turn out as the real price tag for the tablet.

Earlier this month Best Buy leaked another price plan for the upcoming Motorola Xoom tablet which involved the effective cost of $799.99 and a Wi-Fi activation fee in the form of a month’s worth of Verizon 3G data plan, which actually sounds pretty reasonable if you come to think about what this tablet really has to offer. Anyways, we can only speculate what Best Buy really has in mind at this point but I believe it’s quite reasonable to assume that we are going to see some changes until the February 17th preorders start date and the actual release date, which could very well be as close as the following week, on February 24th most likely.

Mind you that this is merely just a leak as well and until its (rumored) June release date, you should expect even more buzz around the Xoom in the following months. I guess it’s one of those devices that makes you just want to wait for an official announcement, but then again, you’re too much of a geek and you can’t