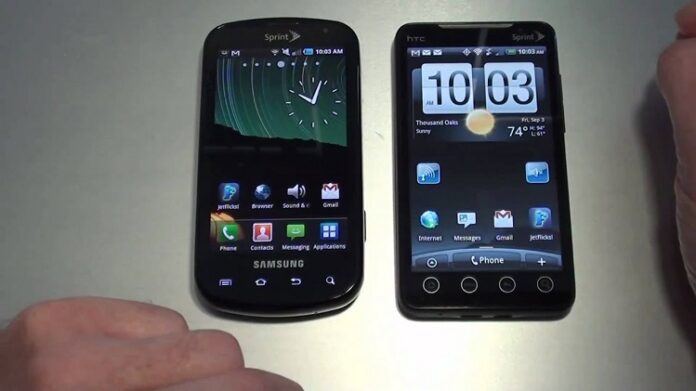 Sprint got some financial help lately from the HTC Evo 4G and Samsung Epic 4G which brought them around 644.000 wireless users in their 3rd quarter of the fiscal year, the best total addition to their network since 2006. However, even with the increase in subscribers, Sprint still announced a financial loss.

Even though during the third quarter Sprint announced their net revenues to have been in the area of $8.2 billion, they still posted a financial loss of about $911 million. Sprint’s CEO, Dan Hesse described the last two quarters, during an earnings call on October 27th, as their absolute best quarters ever. He also added that since starting the 30-day money back policy they have had an even smaller return rate than any other year ever, thus proving that their customers are satisfied with their product. For the first time in history, both the CDMA platform and the Sprint brand were both net positive.

Hesse also said, proudly even, that there are more people turning to Sprint than there are turning away from it. The number of users that switched carriers in Sprint’s favour, has practically doubled over the years, reaching an increase of about 95 percent according to their data. In it’s race to the top, Sprint still has to catch up with the bigger competitors: Verizon Wireless and AT&T which announced their numbers concerning customers additions of 1 million and 2.6 million. Nonetheless, Hess still has reasons to be proud of his company, which by all standards has the best year since it’s appearance. It has its highest rank for customer satisfaction according to a third party surveyor, high grades in a quality performance study, conducted by J.D. Power & Associates, and is currently number 6 in the nation in a top of 100 greenest companies, the only telecom in a top 95 by Newsweek.

Also, out of the 4100 companies taken into consideration and evaluated, Sprint was placed in the top 20 most responsible companies, and ranked number 1 for actual environmental impact, all due to it’s program for cleaning up used phones for reuse. Sprint also launched 19 extra 4g markets during this quarter, and has Los Angeles, San Francisco and New York in plan for the 4th quarter. As you may or may not know, the company owns the majority of shares for the 4G provider Clearwire. However, Clearwire is in dire need, according to experts and analysts, of about $2 billion, so it can soon be expected to start auctioning off parts of the business. Another possibility, which is still under discution according to Hesse, is that his company might give Clearwire an extra financial help, however, there is no certainty that these discutions will end in any kind of transaction.

In my opinion, after all of the years in which Sprint was considered a terrible service provider, the company should take into consideration that with Clearwire’s help it was the first wireless company to offer 4G connectivity. In fact, a good deal of praise was given to Sprint due to it’s 4G connectivity, offered through the HTC Evo 4G, which was launched during the second quarter, and the Samsung Epic 4G, launched in the third quarter, both of them being considered extraordinary capable 4G smartphones. Hesse also realises that his company is situated in a very competitive niche, and said that they intend to persevere, no matter how strong their competitors are, because even though they have quite a bit of momentum right now, for the sake of progress there is a lot of hard work to be undergone. Read more about this subject, along with some of Hesse’s affirmations on eweek.com